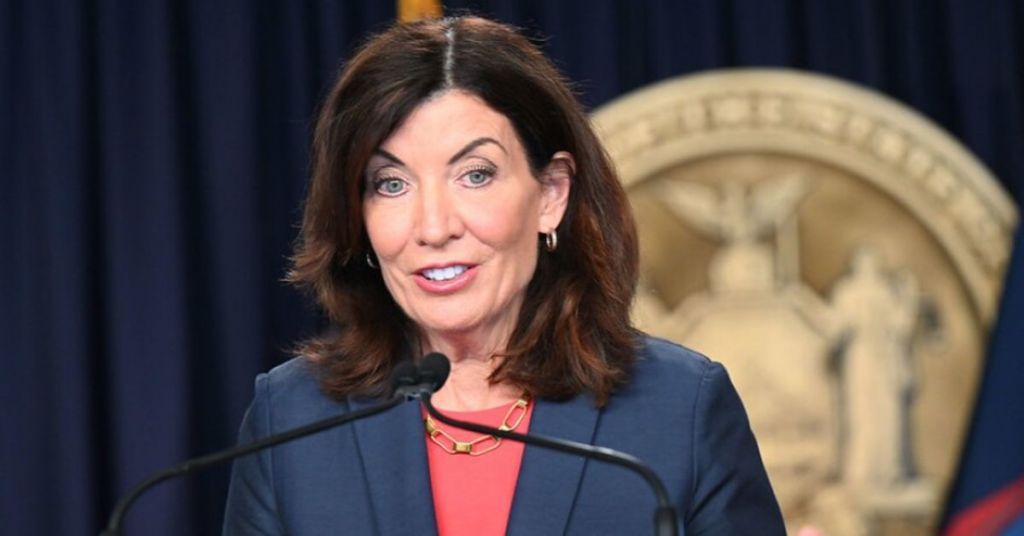 He is a billionaire mega-donor whose hospital network was bailed out by the state back in April. The New York Post obtained a video of the Governor visiting this home, and they have posted it on their website.

The Governor has been feeling some heat from various sources after accusations surfaced about a pay-to-play scheme she’s allegedly involved in. The controversy is over a $637 million no-bid contract for COVID tests that the state awarded to a company with some of the highest COVID test prices but also had contributed some of the largest donations to the Governor’s campaign. Many in the state are very upset by the latest events in how Governor Hochul has conducted herself on these matters.

Financial records show that Rovt and his wife donated the legal maximum limit of $139,000 to the Governor’s campaign. Hochul is up for election against Republican Long Island Rep. Lee Zeldin. Hochul took over the Governor’s office after Governor Cuomo was forced to resign following a sexual misconduct scandal. Now, Hochul will have to work on getting herself elected on her own merits.

The Hochul Administration has been very cozy with hospitals that are under Rovt’s watch, and there are certain business proposals in play that could benefit Rovt’s companies even more soon. This means some powerful ties between Rovt and Hochul are not likely to be broken anytime soon.