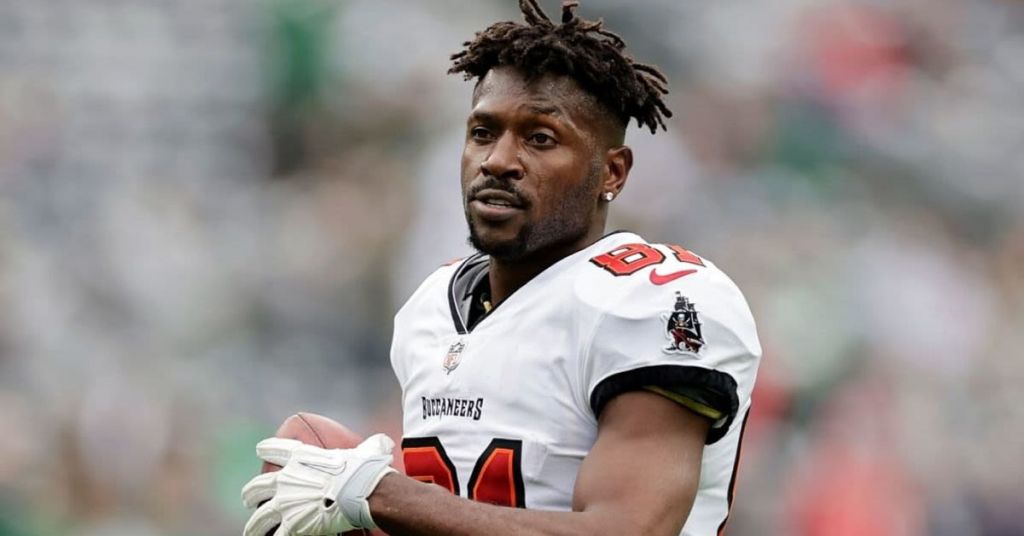 Ex-NFL receiver Antonio Brown was caught on camera exposing himself to a woman in a public pool.

He was seen shoving his bare buttocks in the face of a woman who was shocked in the middle of a luxury swimming pool in Dubai. On top of that, it is said that he also exposed other private parts to her without her consent. Shocked onlookers took in the scene from all around the pool.

The incident occurred on May 14, according to video footage that covered the event. Antonio Brown is 34 years old and has already been at the center of several other controversies. The woman to whom Brown exposed himself initially laughed it off, but she quickly swam away from him to escape the situation.

Antonio Brown is still listed as an NFL free agent even after he bizarrely quit the league in the middle of a game last season when he played for the Tampa Bay Buccaneers. Now, the woman that is the subject of this story says that she was furious after the encounter with Antonio Brown and that she certainly did not ask for something like this to happen. She was not seeking Brown’s attention, and she says they had only met briefly before this bizarre incident.

From the video, it appears that Antonio Brown is naked in the water, except for some gold chains that he is wearing around his neck. He uses both hands to raise himself out of the pool and shove his buttocks towards the woman’s face. She turns away and appears to laugh off the confrontation at first, but this is typically a defense mechanism that people in stressful situations like this often resort to. Nothing about the incident was funny.

There are male voices in the video that appear to be encouraging Brown to continue with these antics. They are heard saying things like “Yeah,” “another one,” and “AB.”

A second video has also surfaced: Brown attempts to tie a scarf around the woman’s neck. She is shocked and surprised by this. He then lifts her and throws her into the pool headfirst like a football. She emerges to the water’s surface, wipes her eyes, and swims away from Brown.

Male voices on the second video can be heard saying things like “he’s waterboarding her” and “He’s giving her the longboard!”. All of those voices appear to be enjoying this illegal behavior.