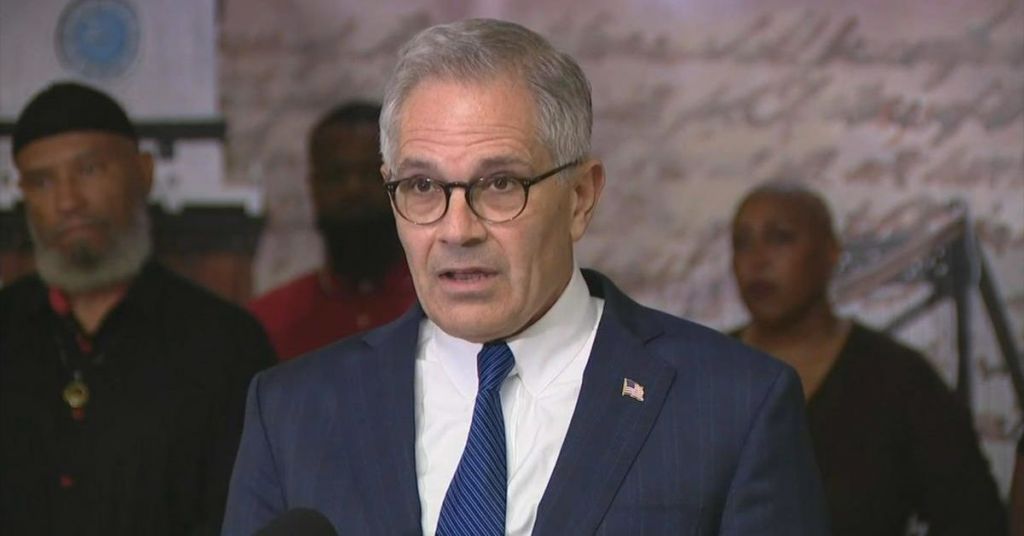 Philadelphia District Attorney Larry Krasner claimed on television that crime was worse in Trump states when he was pushed on his city’s soaring crime rates.

He was giving an interview to Fox29’s “Good Morning Philadelphia” program when a fiery exchange between himself and the interviewer took place. Krasner seemed to want to deflect criticism of his record on prosecuting crime in Philadelphia by attempting to blame Trump states for high crime rates.

Krasner stated that “MAGA states” or “Trump states” have a rate of homicide that is 40% higher than the average state in the country. Anchor Mike Jerrick pressed the district attorney on this by saying that many point to Democratic-led blue cities as having some of the highest crime rates in the country. Krasner shouted, “Republicans lie!” when confronted with this question.

When this was pushed back against by Jerrick, Krasner admitted that “not all Republicans lie,” but he said that “the MAGA ones do.” Krasner continued, “8 of the 10 worst cities for crimes were Trump ones”. He meant that 8 of the 10 worst cities for crime were cities in which most residents voted for President Trump in the last election. This statistic was not backed up with any evidence.

Philadelphia set a record last year with a total of 561 homicides. Already this year, there have been 403 homicides in Philadelphia, according to the city’s controllers. Armed robberies are also up by 59% this year.

Jerrick went after Krasner, saying there is a belief much of the gun violence is being blamed directly on the actions (or lack thereof) that Krasner has taken in his role as district attorney. In other words, many in the city feel that Krasner’s lack of aggressive tactics to prosecute offenders has opened the door to additional crimes. At least, this is the belief among a significant portion of residents in the area.

Krasner fired back by saying that he won his 2021 election in a landslide and that this indicated to him that the people of the city backed his policies. Jerrick stated, “every cop he had ever spoken to felt that Krasner’s policies are too lenient.” Krasner says that he’s being unfairly blamed for rising crime numbers caused by different factors. He believes that these things are being pinned on him, but that the reasons why they are pinned on him are strictly for political reasons, and he doesn’t believe that it is fair to do so.