Kamala Slammed For Saying This About Hurricane Ian Aid 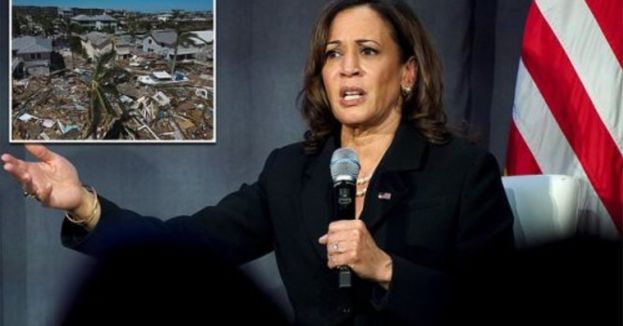 Hurricane Ian did a number on areas north of Fort Myers, Florida.

The New York Post reported families still faced dangerous conditions in the aftermath. Rescue efforts continued as some Cape Coral, and nearby residents were still trapped inside their homes and needed medical assistance.

According to the New York Post, on Friday, Vice President Harris promised help. She said that “communities of color” would receive disaster relief first. She said, “We have to address this in a way that is about giving resources based on equity,” during a discussion at the Democratic National Committee’s Women’s Leadership Forum. Her remarks prompted an immediate backlash.

The New York Post reported that Christina Pushaw, a rapid response director for Florida, said Harris’s “rhetoric is causing undue panic and must be clarified. FEMA Individual Assistance is already available to all Floridians impacted by Hurricane Ian, regardless of race or background.”

Meanwhile, Floridians faced challenges in the aftermath. A 44-year-old nurse, Marie Simon, pleaded with anyone within earshot of her location on South Cranberry Boulevard to help her sister with two diabetic children stranded three blocks away. With the floodwaters making it impossible for her to reach them, she hoped someone would provide a boat, paddleboard, or kayak to help with the rescue.

Simon told the New York Post they had been stranded for almost three days. “They don’t have any food or water,” Simon added. She believed they had their needed medication, but that food was vital. “Their diabetes could be life-threatening. They cannot control it without food.”

Simon said of her sister Charlitte Pierre, “I hate to say, she wasn’t really prepared to be stranded.” She said now her sister’s phones have no battery power, and she has no generator.

With many hospitals closed due to the hurricane, medical care was scarce. Some waited for hours to be seen at ShorePoint Health Port Charlotte. Patients told their own stories of homes without electricity, water, or wifi.

It’s too bad the Vice President’s remarks didn’t fall on deaf ears. Instead, her remarks will most likely continue ringing in the ears of those reeling from Hurricane Ian.