Amid Power Outages, Cuba Comes To U.S. For Help 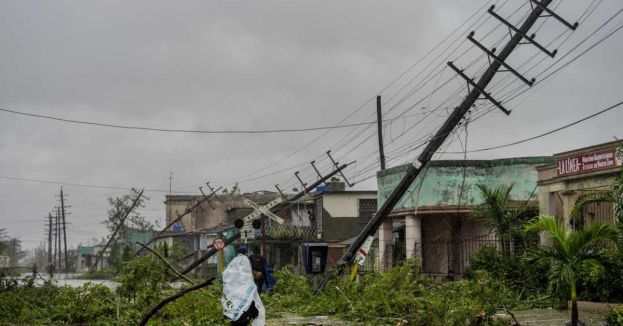 Hurricane Ian ripped through the island of Cuba on Tuesday, devasting the country of 11 million people.

Protests break out regarding power outages and shortages. Now, in a rare move, Cuba reaches out to America for help.

Business Insider says, “Cuba’s appeal for U.S. aid is notable given the countries’ chilly relationship. Former President Donald Trump created further animosity between the nations in 2017. This came when his administration reversed parts of an Obama-era deal that had eased travel and commercial restrictions within the country. In 2021, the U.S. designated Cuba a state sponsor of terrorism.”

Reuters reports, “Washington has assessed that Cuban authorities would place priorities on hospitals, water pumping facilities, sanitation, and other critical infrastructure if the Biden administration were to provide aid, the Wall Street Journal reported, citing a review of email communications.”

Per Business Insider, “The outlet obtained communications between the two governments detailing Cuba’s request for emergency assistance in the aftermath of Hurricane Ian. The country reportedly did not request a specific dollar amount, and The Journal said the U.S. was still determining whether Havana would ultimately supplement the request.”

Reuters says, “Biden has promised to re-engage with Cuba after years of tensions between Havana and Washington. But Cuba’s crackdown following widespread protests on the island last July led instead to sanctions on Cuban officials.”

Cuba tells a different story. According to Cuba, the protests are because the United States was meddling with things in Cuba.

The relationship between Cuba and the United States remains tense. Cuba remains on the terrorist watchlist for the U.S. as well. However, we cannot ignore that millions are suffering. People are at risk due to the conditions of the country. Biden is working to determine how to assist Cuba, but the White House has yet to release an official statement regarding the situation.