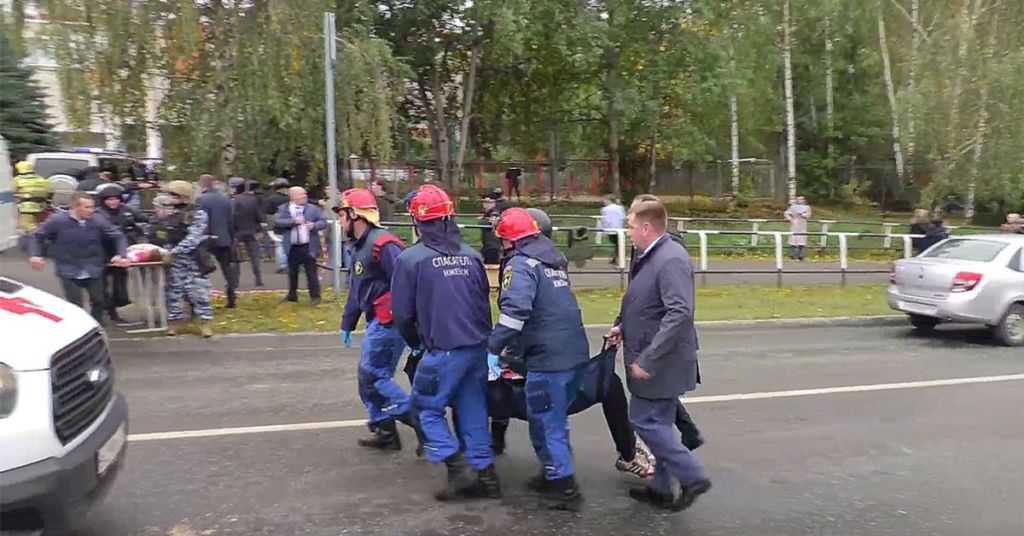 The Nazi plan was engrained deep in people’s lives in nations around the world.

The philosophy behind Nazism was thought to have been destroyed when Germany fell after World War II. But radical groups worldwide took the swastika and made it their rallying cry as they terrorized governments and local communities.

Moscow, Russia, was the latest target when a swastika-wearing shooter opened fire and killed 15 people, including 11 children. He also wounded 24 others during the rampage before taking his own life. It was a dramatic display of how far these people are willing to go to usher in a new utopia where they sit in command.

Reuters reported, “The attacker, a man in his early thirties identified by authorities as Artem Kazantsev, killed two security guards and then opened fire on students and teachers at School Number 88 in Izhevsk, where he had once been a pupil.”

Investigators in the shooting were quick to release a video that showed the man’s body and the clothing he wore the day he took his life. Reuters also reported that “Kremlin spokesman Dmitry Peskov said President Vladimir Putin’ deeply mourns’ the deaths. He described the incident as ’a terrorist act by a person who apparently belongs to a neo-fascist organization or group.’”

It’s hard to imagine that Putin could mourn the loss of children while, at the same time, his military lays waste to Ukrainian towns and murders innocent children around the country. But one sure thing is that the families of those involved will mourn their losses and demand justice shortly.

The sad reality is that Nazism will continue to grow worldwide until it becomes a force to be reckoned with. It will take coordinated efforts to keep the spirit of Nazism from reigning supreme.