Watch: Harris Latest Comments On Abortion Aimed At The Faithful 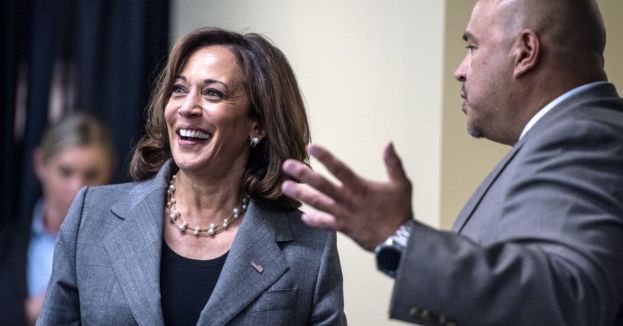 Vice President Kamala Harris has made her appearance on the national level again as she tries to convince people that they can act religiously and still support the concept of abortion.

The vice president believes everyone can support abortion without worrying about their religious standing.

Fox News reported that Harris stated, “Wisconsin will help decide the future of our country, and that is what Wisconsin does. When we look at a woman’s right to make decisions about her own body, we need two additional seats in the Senate, one of which will be Mandela Barnes, to say, listen, let’s stop playing politics with women’s bodies.

You don’t have to change your faith or abandon your faith or your deeply held beliefs to agree the government should not be telling a woman what to do with her body.”

Harris and the rest of the Democrats think abortion is about the woman’s body. She conveniently forgets that another person is involved that the Democrats would love to forget about.

The vice president brought the issue of abortion up in her last speech to push the idea to the front because the midterm elections are a few months away. She hopes to force people to get angry enough to head out and vote for her favorite people.

Fox News also reported that she tried to get people to think that some were actively trying to distract from the real issues. She stated that people need to “look at the record in terms of who is actually leading with solutions and who is attempting to distract from the priorities that everyday working people have that need to be addressed.”

The problem is that she is one of those people trying to distract from the real issue of life and how precious it is, and how it should be protected at all costs.