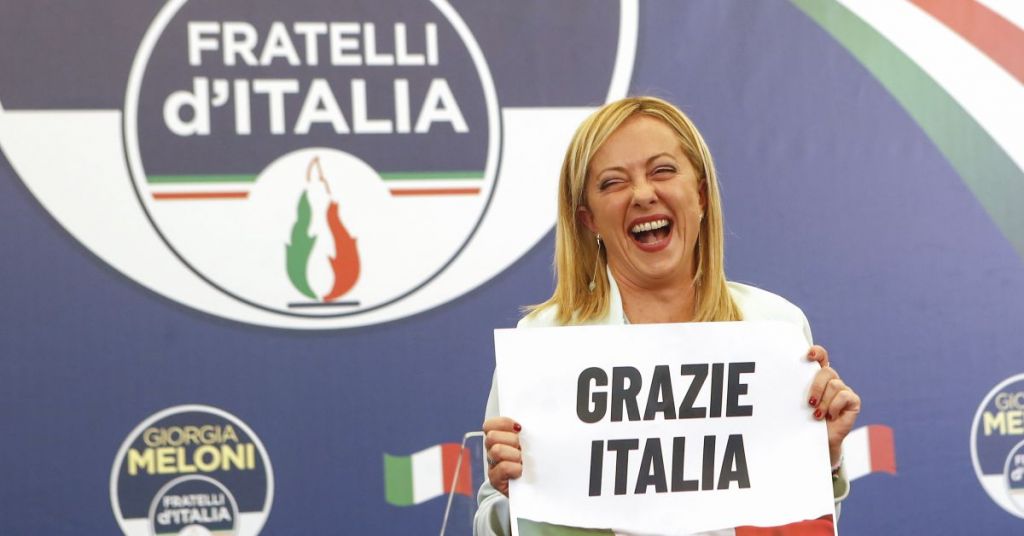 According to Breitbart, Giorgia Meloni, the head of the Brothers of Italy Party, is slated to become Italy’s first female Prime Minister.

According to the BBC, she leads a coalition of conservative and centrist parties, including Matteo Salvini’s far-right League and former PM Silvio Berlusconi’s center-right Forza Italia, to take control of both the Italian Senate and the House of Deputies.

Meloni was propelled to power by an Italian electorate that had become weary of rampant inflation and an enormous public debt, partly caused by Vladimir Putin’s war against Ukraine but also because of European green policies that have raised the price of energy.

Many people outside of Italy are not pleased with Meloni’s accession. Some have compared her coalition to Benito Mussolini’s Fascists, which was overthrown during the Second World War.

The European Union is especially displeased with the results of the Italian election. “E.U. commission chief Ursula von der Leyen put Rome in the same basket with Budapest and Warsaw as challengers to the overarching desire of the E.U. to govern all of Europe without exception or challenge to its own autocracy.”

Von der Leyen also issued a threat. “If things go in a difficult direction. I’ve spoken about Hungary and Poland, we have tools.”

The threat caused outrage in what Breitbart referred to as the “MIGA” (aka Make Italy Great Again” circles.

The BBC notes that the center-left could never unify around a single candidate.

“In truth the left failed to form a viable challenge with other parties after Italy’s 18-month unity government fell apart, and officials were downbeat even before the vote. The Five Star Movement under Giuseppe Conte won a convincing third place - but did not see eye to eye with Enrico Letta even though they have several policies in common on immigration and raising the minimum wage.”

While Meloni is undoubted of an “Italy first” orientation, she has recently attempted to soften her Euro-skeptic rhetoric. Unlike some European rightists, she has been forthright in supporting Ukraine against Putin’s invasion.

However, earlier, she summarized her governing philosophy in a speech to Spain’s Vox Party. “Yes to the natural family, no to the LGBT lobby, yes to sexual identity, no to gender ideology... no to Islamist violence, yes to secure borders, no to mass migration... no to big international finance... no to the bureaucrats of Brussels!”