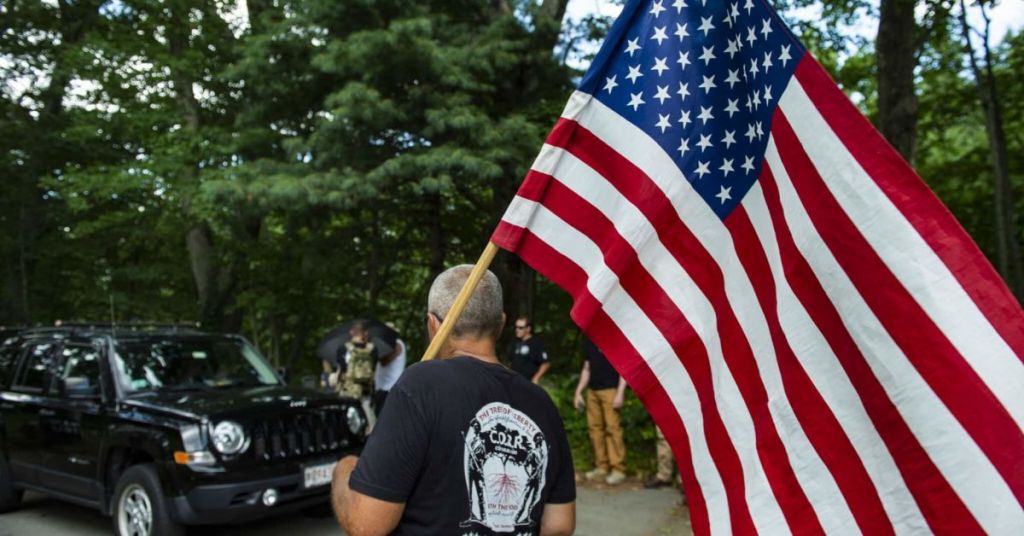 Heavily armed protestors with differing opinions on transgenderism fought with one another via megaphone in front of First Christian Church in Katy, Texas, where a drag queen bingo fundraiser was being held.

The event was held to fund a thrift store for transgender teens, and young adults called Transparent Closet. Guests of all ages were welcome to attend.

The tension on the streets of Katy, Texas, was so thick it couldn’t have been cut with grandma’s trusty butcher knife. On one side of the street, people held signs like the one that read, “No adult entertainers for children. It’s inappropriate for children.”

People held signs supporting the event on the opposite side of the street. One person compared dressing in drag to wearing Halloween costumes and did not feel the event was harmful to children.

“That is nonsense, because drag in itself is just a costume. It’s no different than someone dressed up like a superhero at a comic convention or someone who puts on a Halloween costume,” the person said in response to the protests.

According to Axios reporter Jay R. Jordan, some protestors were Nazis who showed up in full force with swastika flags.

Both sides' protestors had extreme opinions on the event and were prepared with armed participants. They spent most of the afternoon screaming at one another as officers arrived on the scene to keep the two groups separated.

Despite the heated protests, the pastor who agreed to host the event in his church claims the fundraiser was a sold-out success.

“We know that not everyone will agree with us, so we create a place for people to feel welcomed and understand there will always be people who don’t agree with us,” he said.