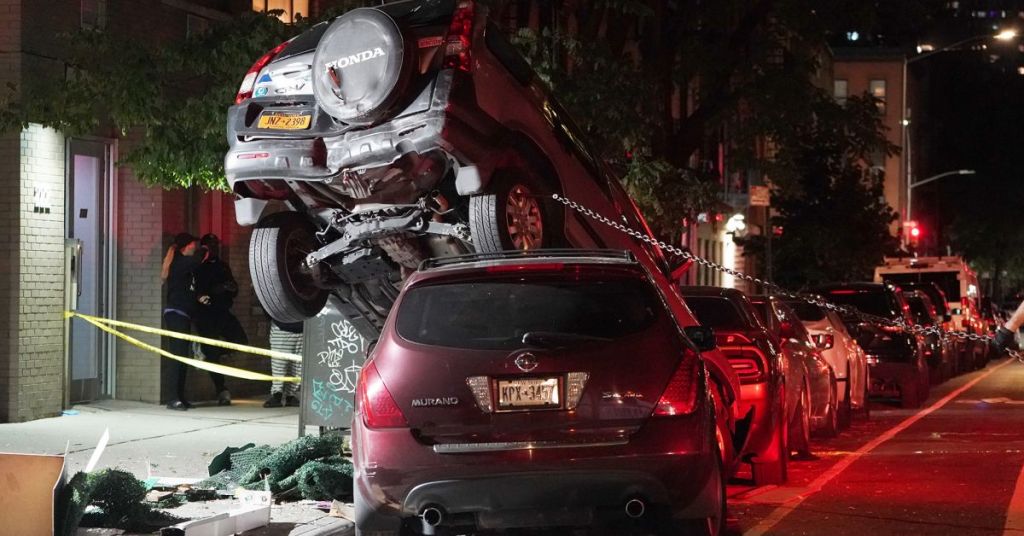 Liberal-run cities are under attack by people that think they can do things illegally and get away with the crime.

A driver took their SUV, ran it through an outdoor dining venue in Manhattan over the weekend, and tried to walk away from the scene.

The New York Post revealed that according to a site that tracks local traffic violations, “The unidentified driver plowed through coffee shop Dell’Aria’s dining structure, leaving glass strewn on the scene. The abandoned Nissan had 23 violations in the city, including 13 school zone speeding tickets and one ticket for running a red light.”

The driver of the red car knew they were in trouble for previous traffic violations. But now that they have walked away from an accident, they will be held accountable for more severe crimes if caught.

Crime rates in Democratic-controlled states are on the rise because they have limited the budgets of law enforcement agencies. Criminals are now convinced that they can commit several crimes without having to answer for their deeds.

Before coming to a rest in front of the restaurant, the driver had already hit several other vehicles. Police are still baffled about what led the driver to leave a path of destruction throughout the city.

The New York Post also reported that Jaffar Mascar, whom the driver in question hit, stated, “Then he went ahead and hit us, trying to squeeze by.” He also said, “He was coming down full speed doing probably 80 to 100 miles an hour.” Mascar tried to follow the other driver on foot.

To many, it appears that the liberals in charge in New York think criminals have a right to act however they want. But, to live civilly with each other, people still have to obey the laws that govern the United States of America.