Made In America: GM Making A Large EV Investment In Toledo 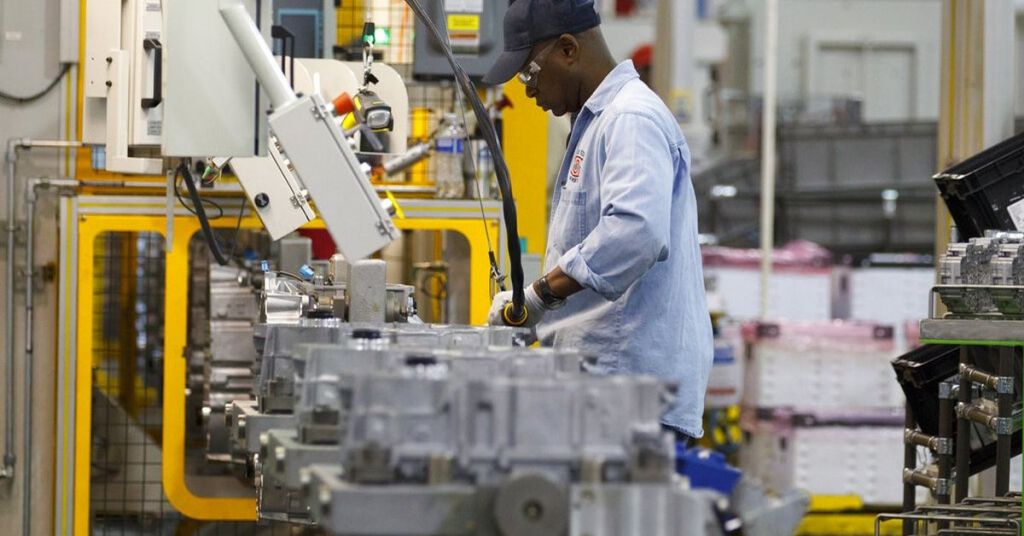 On Friday, General Motors announced the company is investing significantly in a Toledo, Ohio, plant to manufacture electric vehicles.

ABC-13 reported GM Executive Vice President, Gerald Johnson, announced the investment of $760 million to the facility as it transitions to electric vehicle production.

Wade Kapszukiewicz, Toledo Mayor, nodded to GM and its local employees, “They could have done this anywhere. They had a lot of choices. They could have chosen any town for this game-changing announcement. They chose Toledo; they chose you. They believe in Toledo, and they believe in you.”

Johnson said the EV upgrades will start this fall and part of the transition in the plant’s manufacturing “is to parallel work of EV propulsion and internal combustion propulsion and what we’re going to do in Toledo is just that.”

The facility’s employees said they feel more secure since the announcement. Jevon White, a shift leader in Global Supply Chain at the Toledo plant, said, “It lets us know that we have a future here; we don’t have to worry about what’s going to happen when we transition into all electric motors. It lets us know that we’re going to be a part of the future; we don’t have to worry about going anywhere or transferring to other places.”

Lucas County Commissioners are thrilled with GM’s commitment. ABC-13 reported their statement included, “This transitional investment is significant in that it will be the first large-scale related EV manufacturing facility in Lucas County, and continues Northwest Ohio’s momentum in advanced automotive manufacturing and as a leader in innovation.” They said investment in transitioning the plant’s manufacturing would ensure union jobs are retained, and the locale is leading the automotive industry.

The plant should be ready to produce EV drive units beginning in late 2023 or early 2024.