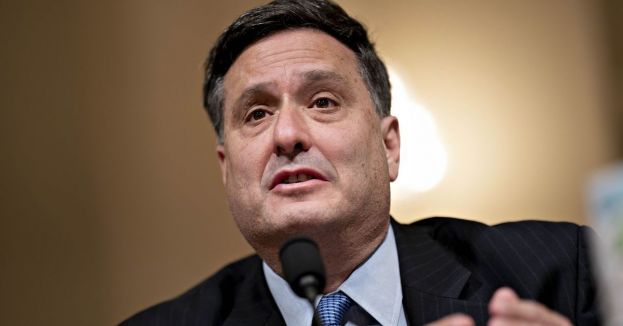 Ron Klain attempted to defend the economy of the nation.

He points out that when Biden took office, states were shut down. Klain noted how high the unemployment rate was. However, he failed to point out that the lockdowns were primarily thanks to many Democratic governors taking things to the extreme.

According to Fox News, “It’s easy to forget that when Joe Biden came to office, we’d turn on the TV at night, people were in line in football stadiums, looking for a box of food. The unemployment rate was nearly 10 percent,” he said. However, the unemployment rate was 6.4 percent in January 2021. “We had 20 million people out of work, businesses closed, and schools closed.”

Fox News stated, “A clip of the interview was heavily criticized on Twitter, with many pointing out that it was policies in Democrat-run states that kept lockdowns in place into 2021 and dragged down the economy.”

According to Fox, Matt Whitlock, a Republican communications operative, tweeted, “He’s describing blue states that had unnecessary long, damaging lockdown policies and rebounded much more slowly. Joe Biden responded with unnecessary spending that led to the worst inflation in 40 years.”

Fox also quoted Nan Hayworth MD, who served on the Trump 2020 advisory board, tweeted, “Gas, meet light. The stadiums were mostly closed, and unemployment was artificially elevated in the BLUE States due to DEMOCRAT mandates. Ever heard of Florida, Mr. Klain? They opened up, and their Governor, DeSantis, is eating YOUR friggin’ lunch. Rightly.”

Red states that opened business sooner or never closed them faired better than the Democratic states known for having strict mandates. Then, Biden made the economy worse with massive spending. It’s basic economics. If the supply of something is too high, the value goes down. That’s what happened to the dollar when Biden began spending trillions.