DeSantis Takes On China, Russia And More In New Legislation 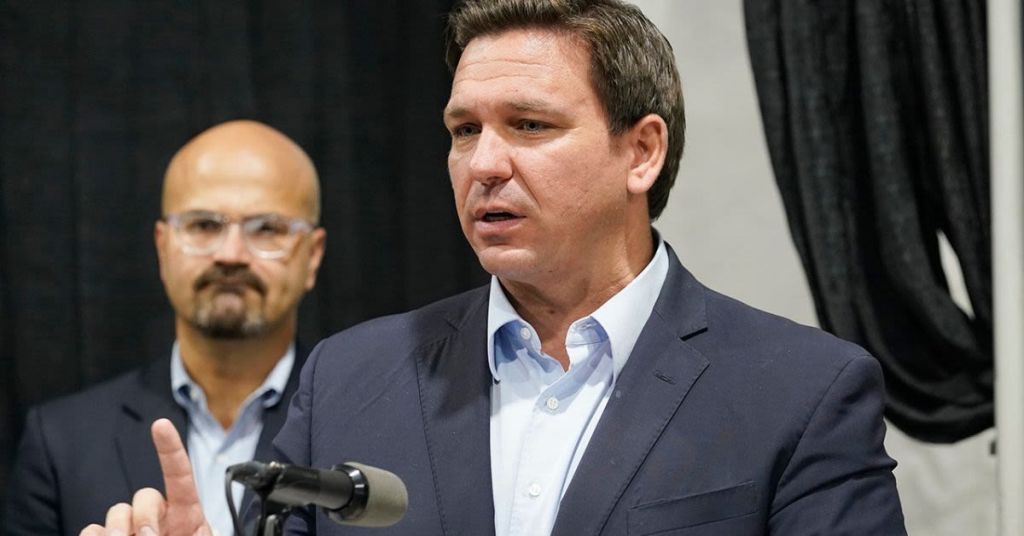 Is Gov. Ron DeSantis of Florida thinking of running for President? One indication of the popular Republican Governor’s intentions is his recent delving into foreign policy.

According to Fox News, DeSantis denounced China for its role in the Fentanyl crisis and the COVID-19 pandemic.

“’ China’s role in the Covid pandemic, in covering up the origins of the Covid virus. If you look at their manufacturing fentanyl and shipping it to the drug cartels who run it across our southern border,’ he said during a news conference at Miami-Dade College Wolfson Campus in downtown Miami.”

The Covid-19 pandemic has killed over a million Americans since it began. 80,000 Americans have died of Fentanyl overdoses in 2021 alone. Mexican drug cartels manufacture Fentanyl using raw materials provided by China. Covid-19 likely originated in a laboratory in Wuhan, China.

The Daily Wire reports that DeSantis is undertaking several executive orders and legislative proposals designed to combat the malign influence of China and other hostile countries, such as Russia, Cuba, Iran, North Korea, Syria, and Venezuela.

“The actions seek to block the nations from being able to engage in espionage or influence operations within the state and preventing purchases of agricultural land and lands surrounding military bases by those governments or their agents.”

DeSantis would ban land purchases in Florida by hostile countries near military bases. Furthermore, the Governor would prohibit hostile governments, entities, or individuals residing in those countries from giving gifts or donations to institutions of higher learning in Florida.

The idea is that countries like China need to stop gaining influence in colleges and universities so they can steal intellectual property and indoctrinate students.

“The governor also proposed legislative action that would ban government organizations from contracting with companies owned by, controlled by, or domiciled in hostile foreign countries if the contract would provide access to personal information of the state’s residents.”

DeSantis signed an executive order that would ban Florida government entities from purchasing products or services from companies domiciled or controlled by the hostile countries he listed.

The order is designed to make it harder for hostile nations such as China and Russia to gain a foothold on the state’s infrastructure and Floridians’ intellectual property and personal information. DeSantis’ proposals should serve as a model for other governors and a future Republican President of the United States.