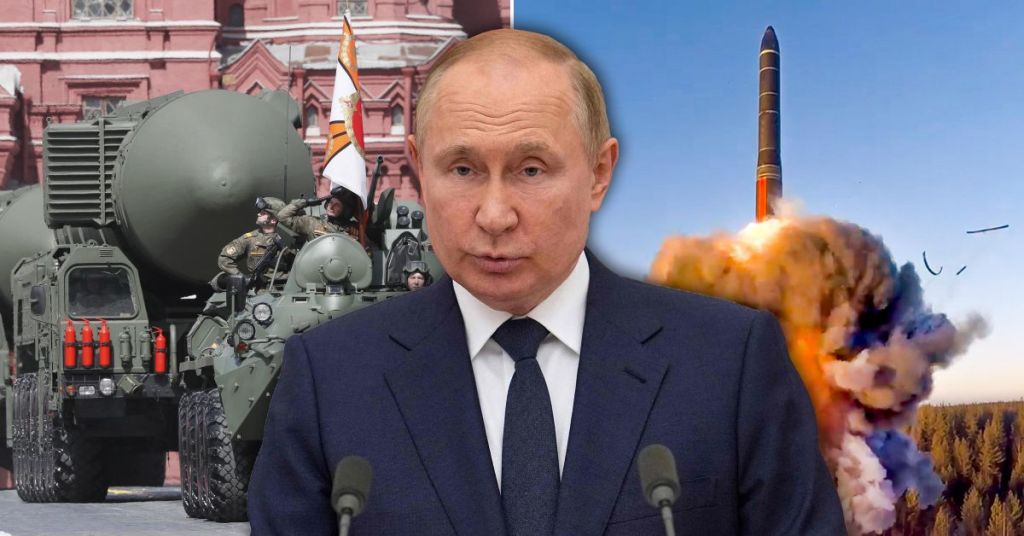 Putin declares that his nuclear threats are not a bluff as he loses ground in Ukraine.

He accuses Western countries of atomic blackmail and insists that he has several means of destruction.

According to Fox News, “To those who allow themselves such statements regarding Russia, I want to remind you that our country has various means of destruction. We have separate components and are more modern than those of NATO countries. When the territorial integrity of our country is threatened, to protect Russia and our people, we will certainly use all the means at our disposal,” Putin said in a Wednesday address.

Fox News continued, “Fear of a wider mobilization has reportedly caused a mass exodus of young men fleeing Russia since the announcement. Flights from Russia to countries that do not require visas were completely booked on Wednesday, according to The Telegraph.” The issue comes after Putin declares that conscription is necessary to protect Russia.

Over 800 Russians were arrested in protests after the announcement, according to independent.co.uk. The news source stated, “The Moscow prosecutor’s office warned that organizing or participating in protests could lead to up to 15 years in prison.”

His threats against the West come days before Biden is scheduled to address the United Nations, General Assembly. According to Fox, “The White House says Biden will condemn Putin’s “naked aggression” and make the case that Russia has violated the U.N.’s core tenets.”

According to Fox, National Security Advisor Jake Sullivan stated, “He will underscore the importance of strengthening the United Nations and reaffirm core tenets of its charter at a time when a permanent member of the Security Council has struck at the very heart of the charter by challenging the principle of territorial integrity and sovereignty.”

Putin is not backing down. Instead, he’s ramping up threats and ensuring citizens worldwide know it’s not a bluff.