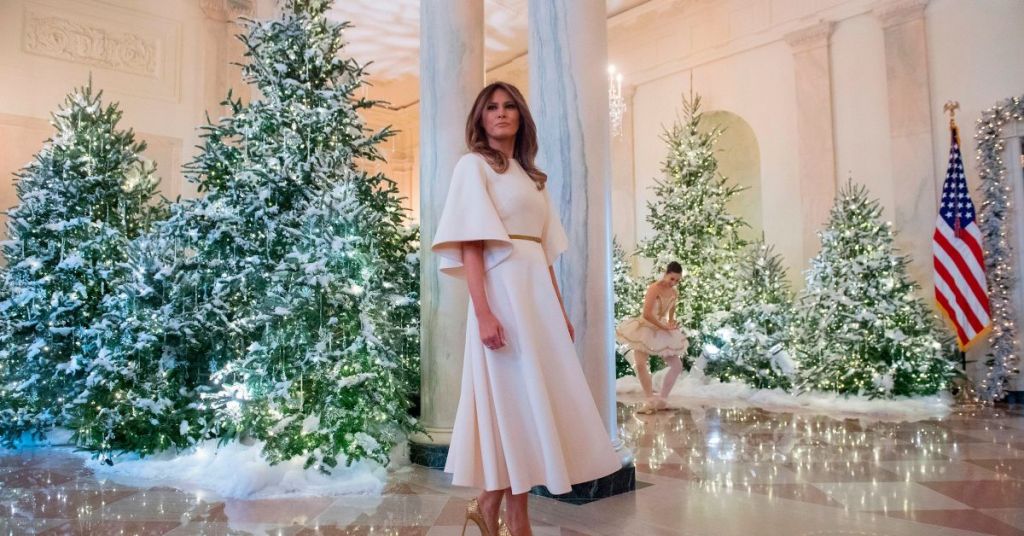 Melania Trump’s former aide released a book titled Melania and Me: The Rise and Fall of My Friendship with the First Lady.

Her former senior advisor, Stephanie Wilkoff, used the book as an opportunity to smear Mrs. Trump, including giving people the impression she hates Christmas. Mrs. Trump has finally responded.

According to Bizpacrview, “On Tuesday, Melania Trump provided a statement to conservative website Breitbart. The statement addressed her former underling and the “malicious intent” regarding the tape. The tape took her remarks out of context from a larger exchange between the two about her frustrations with a media that savaged her over remarks on the alleged separations of families at the border.”

The mainstream media has failed to provide context for these misleading exchanges. According to Bizpacreview, Trump stated, “I will personally set the record straight. Christmas is an important time for me, my family, and the American people, and my devotion to the holiday is personal and profoundly serious.”

Mrs. Trump said, “Most people will agree that reuniting migrant children with their parents is more important than discussing Christmas decorations during summertime. The fact that Wolkoff deleted this part of our conversation, where I expressed hope to reunite families split apart at the southern border, exposes her malicious intent.”

Ms. Trump recently announced she would sell Christmas ornaments and NFTs to help raise money for scholarships for foster children.

Wolkoff saw this and Melania’s response as another reason to attack Mrs. Trump. She flew into a rage on Twitter.

Wolkoff called her pathetic in one tweet, according to Bizpacreview. She tweeted, “Melania Trump needs to attack ME to sell Christmas ornament NFTs. What is Melania worried about? She can’t sell ornaments on her own?”

The recording in question was of First Lady Trump complaining that she was dealing with criticism about her husband’s policy regarding families at the border while having to decorate the White House. It sounds like she was venting her frustration to a friend and voicing some of her concerns regarding reuniting families. However, her friend saw this as the perfect opportunity to smear her name and get her five minutes of fame.