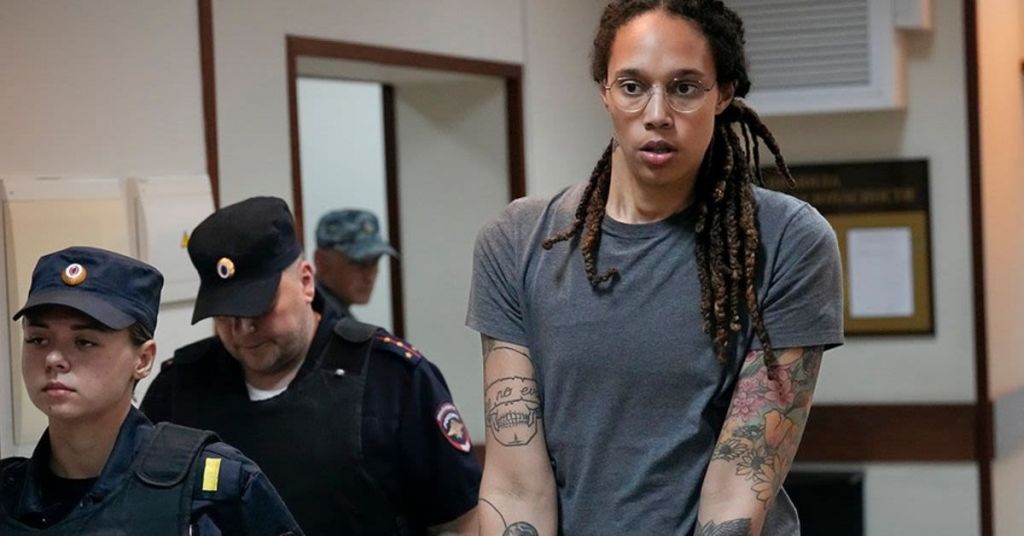 Brittney Griner is in the midst of her 9.5-year prison sentence in Russia for a drug conviction.

While the United States attempts to negotiate her release via a prisoner swap, Brittney Griner suffers the harsh reality of the Russian prison.

Breitbart stated, “In August, Griner was convicted in a Russian court after she was arrested when her luggage was searched and was found to contain at least one vaping cartridge with CBD oils.”

Many view the 9.5-year sentence for drug trafficking as a bit much, especially considering that all Griner had was CBD oil. However, Russia remains stiff on drug penalties. They did not hand her a longer sentence because she is a famous American. However, that doesn’t make it any easier.

According to Breitbart, Hostage U.S.’s Amy Manson states the conditions are terrible. “They face the reality of poor nutrition, sometimes no access to fresh air or daylight,” Manson said. “Some of our returnees face as much as 50 to 60 to 70 pounds lost. And then we’re talking about muscle wastage and the impact on their bodies of ongoing poor nutrition and constant stress.”

Hostage U.S. is an organization that strives to help Americans in other countries and their families, per Breitbart.

The situation is keeping WNBA players away from Russia, according to Fox. Fox stated, “WNBA stars have gone to Russia to play for teams owned by oligarchs for higher salaries. But the Griner situation will keep players away from the country as the WNBA heads for its offseason. Breanna Stewart, Jonquel Jones, and Courtney Vandersloot are going somewhere else this winter.”

This year, things are different. A few players stated that things would need to change in Russia before returning to playing in the country. A handful has decided to play in other countries. Some are saying they are going to remain in the United States. Many say this is because Brittney Griner is wrongfully detained. Do you think she is wrongfully imprisoned?