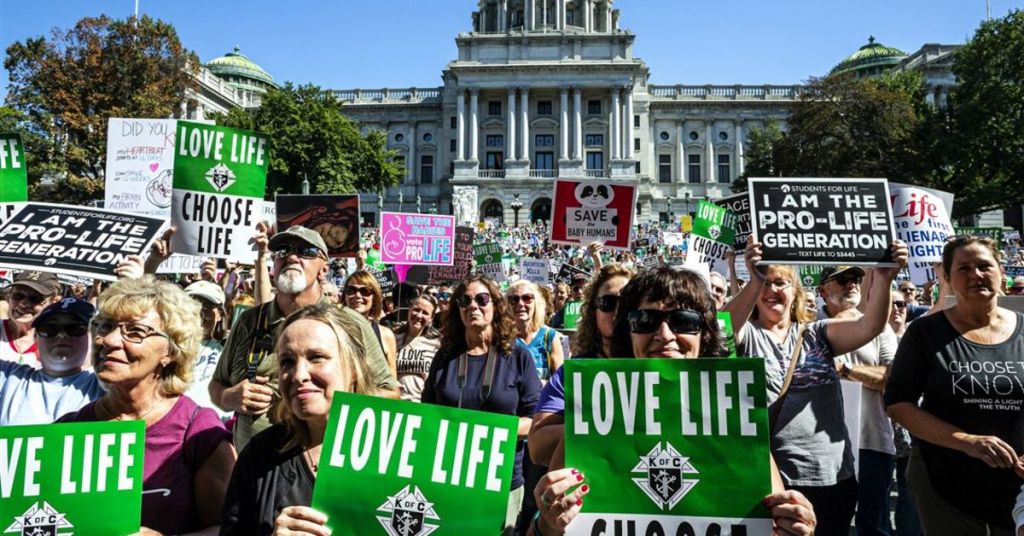 The Supreme Court’s decision in Dobbs v. Jackson returned authority to the states regarding abortion laws. Three months later, the first March for Life since that decision was held in Harrisburg, Pennsylvania, attracting thousands of activists. According to the Post Millennial, the activists were pro-life advocates that gathered at the State Capitol steps, celebrating and calling for more strict laws.

Several notable political figures were present, including state Senator Republican Doug Mastriano, who is running for governor. According to the Daily Signal, Mastriano believes the abortion issue will favor the GOP in this fall’s midterm election. “Pennsylvania is pro-life,” he said.

State House Speaker Bryan Cutler addressed the crowd, thanking them for their pro-life advocacy and prayers in the fight to defeat Roe. He believes the next few months are crucial to continuing the momentum.

According to Penn Live, the crowd size was between 5,000 and 5,500, constituting a massive turnout for a march of its kind.

A Twitter user going by the name DefundTheFBI posted, “A couple of Harrisburg reporters have noticed the size of the crowd Mastriano has out, which is impressive given it’s a workday and Harrisburg is not that big. A lot of retirees drove in to the capitol and have filled the grand staircases and back plaza.”

Pennsylvania State Representative David Maloney said Lt. Governor John Fetterman and Attorney General Josh Shapiro are “out of touch” in their pro-abortion stance, as evidenced by the massive turnout. Fetterman is running for U.S. Senate.

27-year-old mom Keely Burke told Penn Live she would like the state to join others that have passed abortion laws, adding, “That will be a great day that day babies are fully protected just like we are.” She said she would only vote for pro-life candidates.

“There’s a lot of families who want babies who can’t have their own kids,” said Chelsea Wenhold as she held up a sign reading ‘Equality Begins in the Womb.’ She is also a single-issue voter on the pro-life side. “I vote pro-life,” she said, adding she would forego other issues in favor of pro-life. “I was raised pro-life. I believe that’s what God wants.”