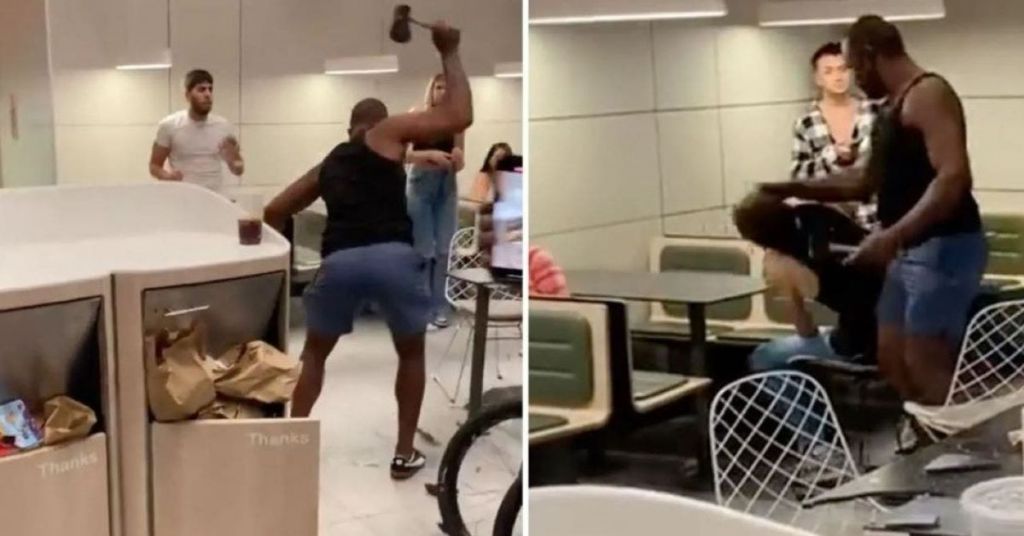 A man in New York who was seen on video wielding a knife at a fast-food restaurant was released from jail without bail. He allegedly got into a physical altercation before going ham inside the Mcdonald's located on Delancey Street on the Lower East Side.

Michael Palacios was charged with possession of a weapon, fourth-degree criminal mischief, and three counts of menacing. Bail isn't possible in New York for those, according to the New York Post.

A witness to the bizarre event said the man went crazy after a woman at the restaurant rejected him. However, The Daily Caller reports that the man said he was upset because "a security guard ignored his request to use the bathroom."

The complaint filed against the man notes that he slammed a plate-glass partition and two tables at the restaurant. He reportedly also had a pocket knife.

Three men jumped on Palacio before he calmly reached into his backpack and got the hatchet. Although he was accused of wielding a dangerous weapon in a public place, he claims he didn't want the men to keep attacking him and that he was only defending himself.

The video shows him doing much more than defending himself. The man is seen slapping one of the alleged attackers, threatening other customers, and destroying the place.

When he was done with his tirade, he got on his bicycle and fled the scene. Police found him, arrested him, and charged him for the incident.

He noted that he doesn't want to place charges against the men seen on the video attacking him.