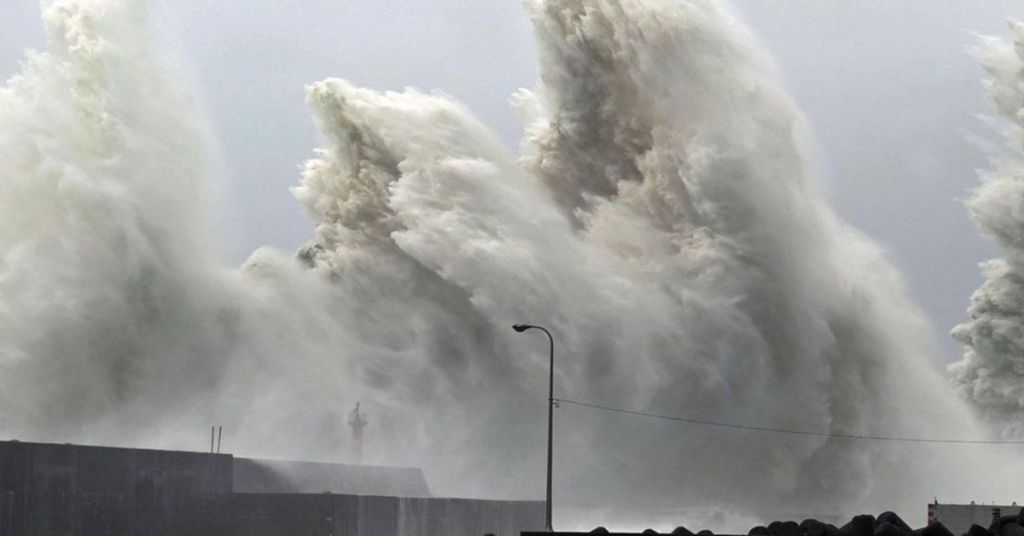 Japan was under siege battling torrential rain and excessive winds Sunday as typhoon Nanmadol attacked the southern coastline. The Japan Meteorological Society says winds over 100 miles per hour and 20 inches of rain are possible on Monday as the storm makes its way to the shore of Kagoshima City.

According to the Associated Press, evacuation shelters have already taken in over 12,000 people. Kyushu Island has suspended train operations, and electric power is out for more than 200,000 homes.

The AP also reported a staggering eight million people in Japan’s southern region received an evacuation warning. Alerts sent across the area have told residents to remain inside buildings at the highest level whenever possible.

On Saturday, gusts reaching up to 168 miles per hour prompted Japan’s national broadcaster, NHK, to issue a special warning.

Ryula Kurora, head of the Japan Meteorological Agency, stated, “There are risks of unprecedented storms, high waves, storm surges, and record rainfall.” “The wind will be so fierce that some houses might collapse, and maximum caution is required. It’s a very dangerous typhoon,” he added. The possibility of landslides and flooding is a concern.

The typhoon will continue its path and is expected to make contact with Honshu and head out to sea by Wednesday. This is the 14th and strongest storm Japan has experienced this season.

Space images of typhoon Nanmadol shared by astronaut Bob “Farmer” Hines on Twitter show how massive and well-formed it is.

Another disturbance upgraded from a tropical storm to hurricane status made its presence known in Puerto Rico on Sunday. The country experienced a total blackout as Fiona passed over the island.

The hurricane prompted President Biden to declare a state of emergency, which authorized the Federal Emergency Management Agency (FEMA) to coordinate and initiate disaster relief efforts. The relief efforts alleviate the hardships the local population experiences due to the emergency situation.