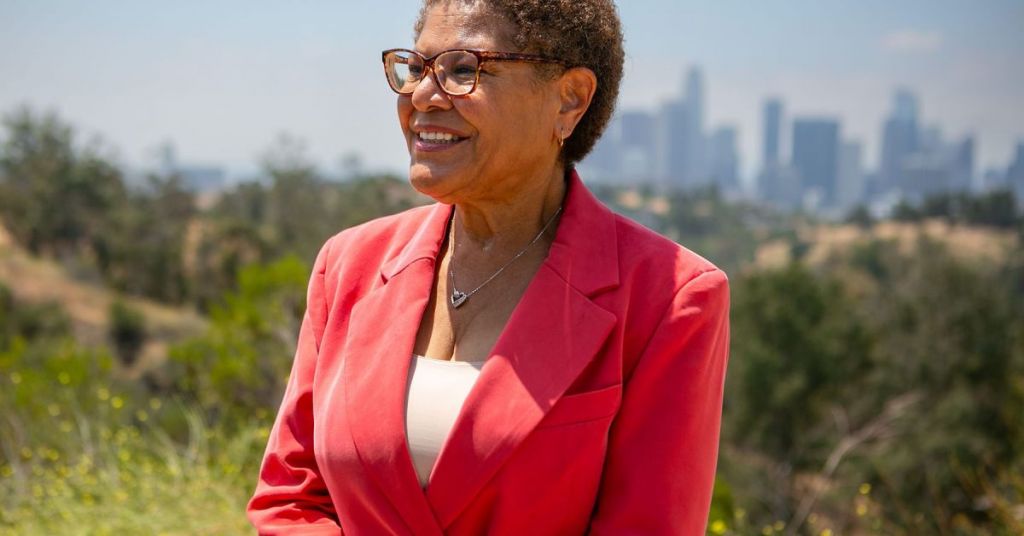 Crime continues to plague the city of Los Angeles. After two people broke into mayoral candidate Karen Bass’s home, she admitted that she didn’t feel safe in the city. The burglary comes months after she declared that the city was safe.

According to Fox News, “I do feel safe,” Bass claimed during a mayoral debate five months ago. “I would say a 10. I understand that many people around the city do not feel safe, and I respect that.”

That comment came before a burglary at her house. On Saturday, two men broke into the residence while Ms. Bass was not home. Per The Los Angeles Daily News, the mayoral candidate said, “LAPD was called, and I appreciate their assistance. At that time, only two firearms were stolen, despite being safely and securely stored. Cash, electronics, and other valuables were not. It’s unnerving, and, unfortunately, it’s something far too many Angelenos have faced.”

She also surprised fellow Democrats when she defended guns. Per Fox News, “I had guns for personal safety, as do many people. I think that gun control is critical,” the Democratic congresswoman said. “I have never believed that people – if they wanted to have guns – should not have them.”

After being elected, the candidate claims that she wants to get police officers out from behind desks and get them on the streets where they can help fight crime. However, she doesn’t want to be tough on crime. Instead, the Democratic candidate has said she wants to be smart about crime. What do you think she means by that phrase?