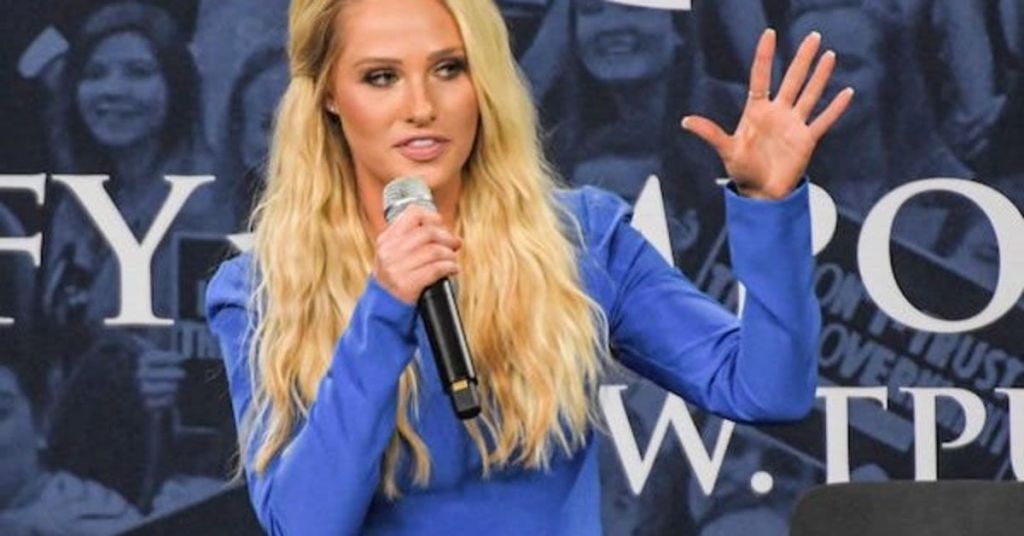 A woke mob puts people in danger and cries that they cannot exercise their right to free speech because they weren’t allowed into an event with a conservative speaker. They put a hole in the wall, put students in danger, and those who wanted to hear Tomi Lahren couldn’t. The event ended early because of safety concerns.

Per KRQE News, “Protesters were chanting to shut down the event as they were trying to get through a UNM Police officer stationed outside the ballroom doors. Inside, another officer and organizers try to hold the doors closed.”

According to Breitbart.com, “It turned violent,” Lahren explained in a video after the incident. “They started pushing the officers that were guarding the door. They fought to bust in the door. At one point, they almost forced their way through the guarded door,” she added. “Not nearly enough officers were present. I don’t think anybody knew it would be this bad.”

A caption under an Instagram video posted after the event read, “State police had to be called to my speech tonight at UNM. This came after repulsive liberals tried to break down the door and attack me and the speech-goers. The University of New Mexico is unbothered by its students’ vile and violent behavior. Thank you to all the patriots who stood strong and supported me despite the animals outside. Thank you to the law enforcement officers who got me out safely. Thank you to @turningpointunm for hosting me.”

“When you damage property, try and barge through a door blocked by police officers, and threaten violence against our TPUSA students and speaker, you’re not a protester. You’re a criminal, and you should be arrested,” Charlie Kirk told Breitbart News.

Leftist websites have turned this into a racist event. Headlines claim that people of color didn’t get to enter the event. They insinuate it was based solely on their skin color. Other leftist headlines declare that protestors were peaceful and claim they have the right to free speech. However, a picture posted of a hole in the wall tells a different story.