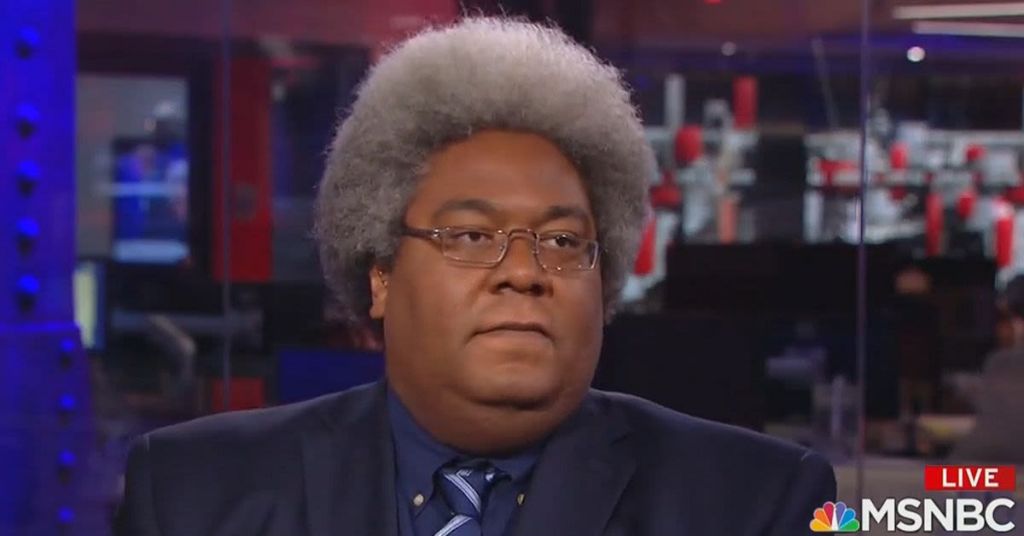 MSNBC is at it again with one of their favorite guests, Elie Mystal. The guest is known for being controversial at times. Now, she’s voicing her opinions on white people and how white people act.

According to Breitbart.com, “Mystal reacted to an interview that former President Donald Trump had with radio host Hugh Hewitt earlier in the week, warning of the reaction if he is indicted. However, Mystal said that was how ‘white people’ reacted when they didn’t get their way in America.”

Breitbart.com quoted Mystal saying, “Again, I want to say that I’m not surprised that he is threatening this because a – he is doing it before, and b – this is what conservative white folks do when they don’t get their way. They turn violent. As a person who is aware of the black history in the new world, white people turn violent when they don’t politically get their way all the damn time in this country. It is what they do.”

So, all conservative people are violent when they don’t get their way? Not only is this not true, but it’s also laughable. If Republicans not getting their way led to violence, this country would be much more violent in Republican areas, such as the border state of Texas.

He then compared it to offering teenagers candy to get in a van, saying they would go to Disney World and taking them somewhere else.

However, those people are backpedaling on their touts of being safe cities for immigrants. Democrats don’t care if it’s a Republican problem. The second the issue lands in their backyard, it’s a crime, and they can’t deal with it. I can’t imagine what they would do if they had to deal with illegal immigration on the same level as Texas.