Teacher Terminations: 850 More NYC Teachers Get The Axe, Here's Why... 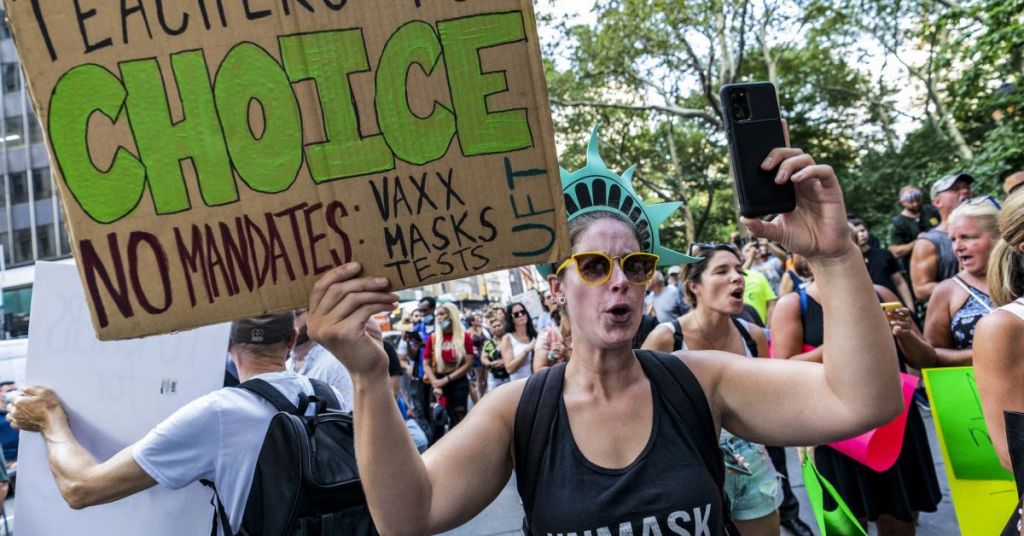 The Gateway Pundit reported in a city where over 1.000 NYC Department of Education (DOE) staffers were fired for failing to comply with vaccination mandates after October 29, 2021, 850 more unvaccinated teachers and aides have been terminated.

Approximately 1,300 DOE employees took a year’s unpaid leave, including benefits, agreeing that, by September 5, they would show proof of COVID vaccinations in compliance with New York City’s vaccine mandate or be “deemed to have voluntarily resigned.” Only 450 teachers and paraprofessionals are returning to work, having complied with the order.

With the school year having started, some COVID restrictions were eased for students and staff, but not vaccine mandates. Councilman Joe Borelli, a Republican, believes it’s time to lift the order, calling it “absurd,” according to SI Live.

Borelli is part of the Common Sense Caucus in the City Council group that met with city Health Commissioner Dr. Ashwin Vasan and Mayor Eric Adams last week. The discussion surrounded easing vaccine mandates for public and private employees and allowing all students, regardless of vaccination status, to participate in sports and after-school activities. They also asked to allow visitors, including parents, in school buildings whether they were vaccinated or not.

While other states have lifted vaccine mandates, New York City Mayor Adams has not, even as the CDC relaxed its guidelines.

The New York Post reported a Brooklyn elementary school teacher, Rachelle Garcia, took unpaid leave after her attempts to get a religious exemption from the vaccine failed. “I really put my eggs in one basket,” she said, “hoping and praying that at the last minute, our mayor would turn everything around in time for me to go back to work.“

Garcia said she was angry because she could not tell her students goodbye. “I’m hurt to be cast aside like I was nothing.” Other teachers told her the students were asking when she was coming back. “That made me cry so much,” says Garcia, noting that she is applying for jobs on Long Island.

According to City Hall numbers, the New York Post reported that more than 2,600 municipal workers have been fired for not complying with vaccination mandates.