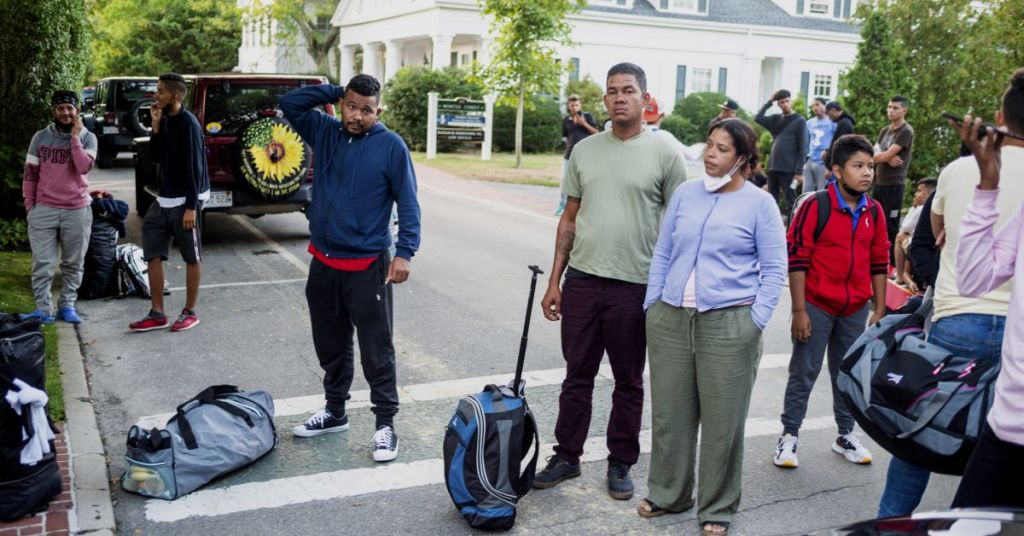 Florida Governor Ron DeSantis becomes another legendary Republican by sending immigrants to a sanctuary city, Martha’s Vineyard. Wealthy residents are known for their expensive lifestyles. Even Obama owns a home in the rich leftist community. However, they’ve claimed that they can’t afford immigrants. Not only did they instantly have the few immigrants sent via plane removed, but they also found a way to make money off them.

First, Martha’s Vineyard started a GoFundMe to help with the sudden growth in the migrant population. According to The Daily Wire, “The GoFundMe page stated, “Martha’s Vineyard is a community of open-hearted individuals that view these migrants as people, not political pawns. However, the island is a resort community with only 20,000 year-round residents and already faces a shortage of affordable housing and off-season jobs.”

Plenty of people found the GoFundMe hilarious and mocked it. Per The Daily Wire, “One person donated $5 to the effort, then left this comment: ‘Lolz, here’s a nickel. Use it for Kleenex. Ron DeSantis, you are a legend.’” Similar donations and similar statements followed it.

Other people donated thousands to the account. Martha’s Vineyard received over $40,000 in donations.

By then, they didn’t need the money for the new migrants in the community. According to The Daily Wire, “Despite the wealthy residents’ protestations of compassion for the immigrants, within one day, Governor Charlie Baker activated up to 125 National Guard members to clear the immigrants off of the island. They then herded them onto buses to head for a military base.”

According to The Blaze, “Despite illegal aliens being removed from the swanky liberal enclave, the GoFundMe campaign continued to accept donations for hours after the migrants had been removed from the island.”

The Blaze stated, “MassLive reported, ‘A GoFundMe account has raised thousands of dollars for the Venezuelan immigrants placed on the island. The account will donate all proceeds toward the Martha’s Vineyard Community Foundation.’”

That foundation has $14 million in assets, according to The Blaze.

Not only did Democrats round up the military to take care of the immigrant situation, but they also managed to profit from it. When Republicans send migrants to sanctuary cities, they treat people like cattle and hear accusations of human trafficking. When Democrats do that same thing, it’s branded as them helping immigrants. A blind person could see that it’s much worse than a border town that is out of resources sending immigrants to a location with the resources to help them.