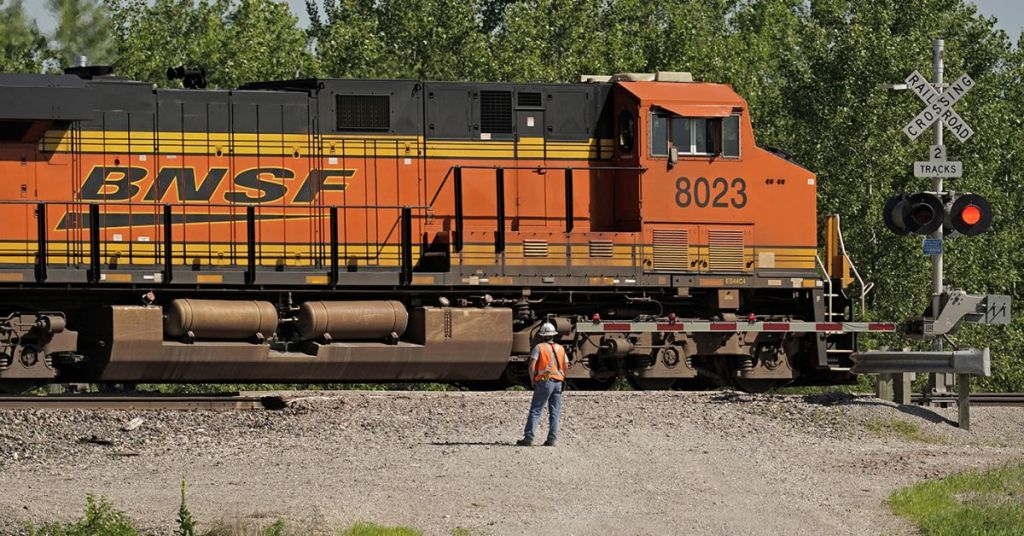 According to reports, unions and management reached a tentative deal on Thursday, averting a freight railroad strike that threatened to bring US supply chains to their knees.

The White House announced the deal just after 5 a.m. ET on Thursday and stated this is “an important win for our economy and the American people."

Behind the scenes, rail lines already stopped some shipments anticipating rail employees’ strikes. With a network of routes across the country, Amtrak had already “put the brakes on” specific rail routes. Amtrak announced, “It will only operate trains that can reach their final destination by 12:01 AM on Friday when a freight rail strike or lockout could begin.”

A Friday labor strike would halt commuter-rail services across the country from Metrolink in California to the Metra lines in Chicago.

The American Association of Railroads announced this week that steps are in progress to secure sensitive and hazardous materials shipments. The association also warned, “other freight customers may also start to experience delayed or suspended service over the course of (this) week, as the railroads prepare for the possibility that current labor negotiations do not result in a resolution and are required to safely and securely reduce operations.”

In a letter to Congress, Chris Spear, President, and CEO of the American Trucking Association, made a statement. He wrote, “Idling all 7,000 long-distance daily freight trains in the US would require more than 460,000 additional long-haul trucks every day, which is not possible based on equipment availability and an existing shortage of 80,000 drivers.” He also noted, “As such, any rail service disruption will create havoc in the supply chain and ‘fuel inflationary’ pressures across the board.”

Along with the economy going off the tracks, the US Department of Transportation estimates the cost of a freight-rail strike would be about $2 billion daily.