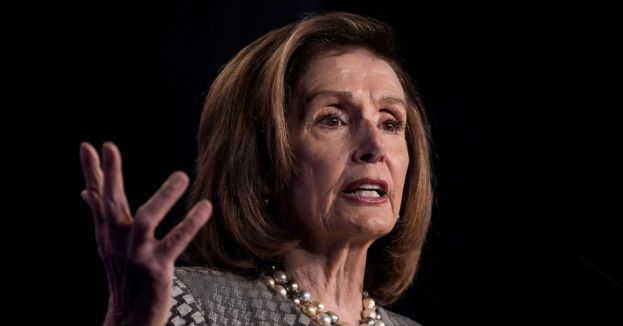 By now, most political analysts agree that the Republicans are likely to win control of the House in the 2022 midterm elections. However, according to Breitbart, House Speaker Nancy Pelosi (D-CA) is not among those predicting the GOP pickup. She sat down with Punchbowl News and seemed quite effusive about the Democrats’ chances of not only holding the majority but adding to it.

“Yes, indeed. So we’re ready. Mobilizing on the ground … messaging, raising the money. But the biggest factor of all is not only do we believe, the candidates believe. So for a year, 10 months, eight months, terrific people had put themselves out there believing they could win in those districts.”

At least publicly, the House Democratic leadership, including House Majority Leader Steny Hoyer (D-MD) and House Majority Whip Jim Clyburn (D-SC), hew to the line that the red wave that many anticipate will be insufficient to sweep the Democrats out of power,

The New York Daily News notes that inflation, crime, and the border crisis are issues driving a likely flip of the House to GOP control. Pelosi counters that former President Donald Trump’s continued prominence in the news and the recent Supreme Court decision overturning Roe v. Wade will help Democrats to maintain their control of the House.

Republican National Committee’s Deputy Communications Director Nathan Brand posted a meme of Dwayne Johnson, the actor formerly known as the Rock, with a caption, “Are you sure about that?”

Doug Heye, who has worked for the RNC and CNN during his career, tweeted, “That’s some expectations setting.”

Breitbart notes, “For months, Republicans have been leading in midterm generic ballot polling, though polls are often wrong. But history suggests the president’s party is more likely to be the losing party in midterms. Moreover, Biden’s recessive economy, the number on midterm issue, has kept his approval ratings low. Presidential approval ratings are one bellwether for midterm outcomes.”