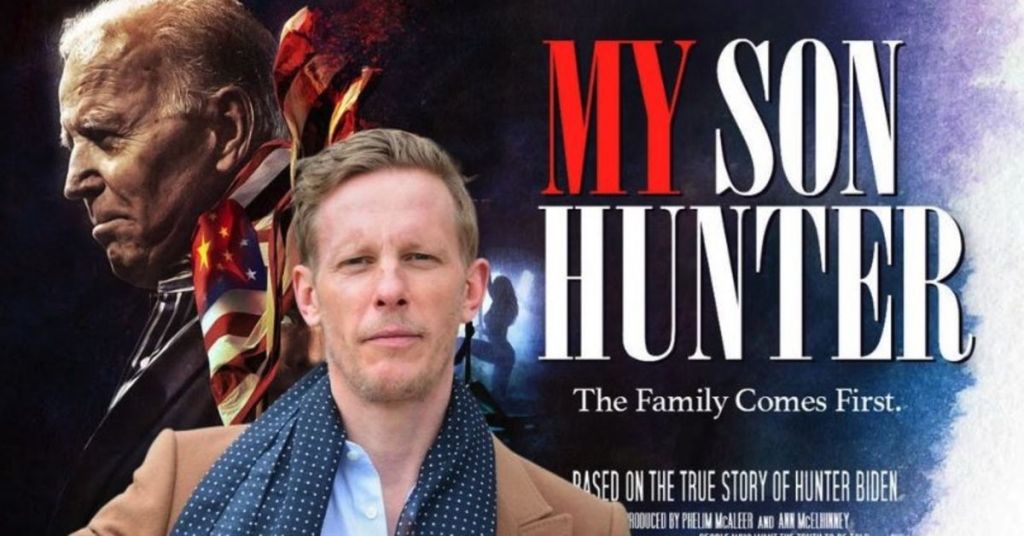 In another spectacular action, Laurence Fox starred in the film "My Son Hunter." A fictional explosive retelling of the scandals and lifestyle of Hunter Biden, son of President Joe Biden.

Fiction weaved into mastery exposure of political corruption, money laundering, and slush funds. The involvement of the President's son is a melodrama you might want to watch.

Hats off to Breitbart News for the courage to spin this film. The film is a satirical melodrama blended with facts to get the audience questioning the political corruption peddled.

Breitbart had in mind to produce a "Wake up, you idiots" slap kind of reaction to those who failed to do their job and entertained such political messes.

Laurence Fox remarked to Fox's News, Tucker Carlson, that he is surprised that he hasn't yet been "epsteined" or found himself self-hanged mysteriously or fallen off the sixth floor in a mysterious accident.

Please give it to Breitbart News for daring what other film professionals could not. The film's director, Robert Davi, told Breitbart News Daily how the movie was an excellent production packed with emotional content and facts.

Davi remarked, "The facts are startling, the content is emotional and an eye-opener on the ills bedeviling present-day political corruption scandals."

Packed facts based on some "grounds" of evidence make it a compelling story. Democrats are bound to loathe it, no doubt. But. What's indisputable is that this is one film that is well done.

Laurence says of his role that he learned several attributes from President Biden's son. You'd think the film is a biased rip-off at a glance, but it's not. It depicts the human side of a screwed son, always making damning choices to please his father.

A sympathizer would try to forgive Hunter's woes, trying to understand why he would get stuck in an insanity circle of pleasing his father. But the emotional understanding is destructive and disruptive owing to the way Hunter engages in the sheer indulgence of booze, drugs, and hookers.

The grift 'need' to always satisfy his father is sad but compelling. A powerful family that sold the entire country to the Chinese makes for an alarming exposure. It's a powerful film worthy of a serious follow-up.

The sycophant's democrats sure do need to watch this film; the conversations surrounding the story are damning, to say the least, and from a President's son?

It's the kind of stuff that changes culture and shows how the woke ideology in the film industry is yet to gain the confidence to expose such strife.