What Is Swatting And Why Are Activists Using It To Scare GOP Lawmakers? 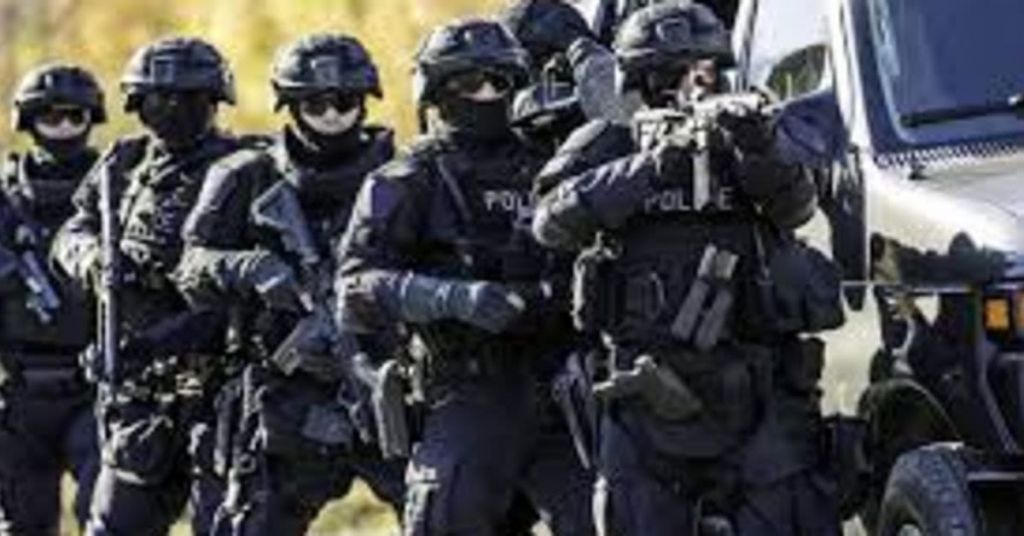 Swatting refers to a harassment technique most often perpetrated by online gaming community members. Swatting entails generating an emergency law enforcement response against a target victim under pretenses. Swatters do this by making phone calls to emergency lines like 911 and falsely reporting a violent emergency, such as a shooting or hostage situation.

Just last week, police officers showed up at Representative Marjorie Taylor Greene’s home after an alleged opponent of her stance on transgender rights made a false 911 call, authorities in Georgia said Wednesday.

Swatters often consider what they are doing to be a prank, but it can come with serious consequences. Swatting occupies law enforcement response teams, making them unavailable to respond to real emergencies. There have even been swatting incidents where law enforcement officers were shot, and in one case, the victim of the swatting was shot dead by law enforcement.

In recent years, the US has tried to dissuade swatters by imposing serious penalties for the perpetrators, but swatting continues to be an issue. Swatting is often hard for law enforcement to address since many swatters use sophisticated techniques to hide their identity. Swatters disguise themselves using techniques like caller ID spoofing, where they utilize software to make it appear as though they are a local caller when they could be anywhere in the world.

The “swatting” call to Greene falsely claimed that a man had been shot multiple times in a bathtub at a residence in Rome, Georgia, the city’s police department said in a report shared with CNBC.

The Rome Police Department at 1:04 a.m. ET dispatched five officers, who learned en route that they were headed to Greene’s house, the report said. They rang the doorbell and were met by the Republican congresswoman, who “assured us there was no issue,” the report said.

This was the second night in a row the congresswoman had been 'swatted'.

The firebrand congresswoman said she had been "swatted again" at around 2:53 a.m. Thursday, a claim was verified by law enforcement hours later. "Swatting" is a form of targeted harassment in which someone reports an emergency to have police sent to a person's residence, which has led to dangerous conditions in which people have been killed.

The police went to Greene's home after someone from an internet chat made a suicide crisis center call that said the person "came out as transgender and claimed they shot the family," according to the police report. The caller also said, "If anyone tried to stop me from shooting myself, I would shoot them," and that "they would be waiting for [police]," the report noted.

Rome Police say it will examine and partner with Capitol Police. The person who made the false report used a virtual private network to protect the original location, according to the police report.

"On August 25, 2022, at about 0253 hours, Rome Police officers responded to a second swatting: call at the residence of Marjorie Taylor Greene. This call was received on what appeared to be a suicide crisis line from an internet chat. Officers responded again to Mrs. Greene’s home and confirmed this was a second false report," read the Rome Police Department's press release.

The report of Thursday's "swatting" directed at Greene follows only a day after the congresswoman was "swatted" around 1 a.m. Wednesday. Police are investigating that incident as well.

In the past, a California man was condemned to 20 years in prison on Friday for calling a false hostage threat to police in Wichita, ending in the death of an innocent man.

Tyler Rai Barriss, 26, of Los Angeles, pleaded guilty in November to 51 charges filed by prosecutors in Los Angeles, Kansas and Washington, D.C., according to the U.S. attorney’s office in the Central District of California.

Prosecutors say police responded to the home of 28-year-old Andrew Finch on Dec. 28, 2017, after a caller falsely claimed to be inside with hostages and a gun — a style of a stunt known as “swatting.” Oblivious of the false report, Finch answered the door and was fatally shot on his porch by officers who had surrounded his home.

That call was later determined to have originated from Barriss, who was arrested several hours later in connection with Finch’s death. He told authorities he had made the call at the request of Casey Viner, 19, who had gotten into a feud with Shane Gaskill, 20, while the two were playing “Call of Duty” online.