For The Love Of Trans: LIV Golf Gets A Boost As LPGA Gives 'Scottish Lea Thomas' A Tour Card 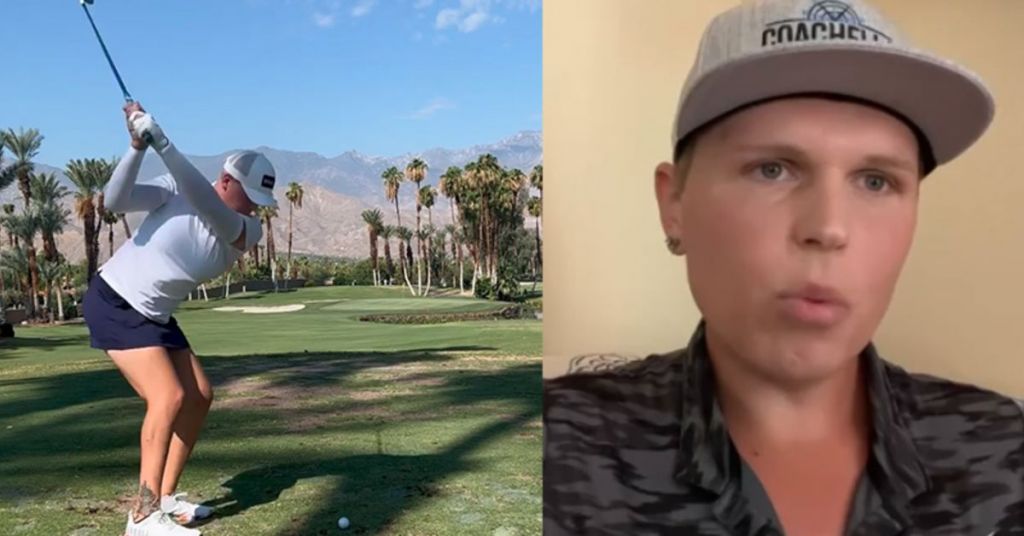 A biological male golfer who identifies as transgender is poised to get a Ladies Professional Golf Association (LPGA) tour card after transitioning just last year.

According to the Daily Mail, Hailey Davidson, 29, would be the first "transgender woman" to win the title after defeating much of the competition in the first two qualifying rounds of the LPGA and Epson Tour Qualifying School in Palm Springs this week.

Davidson shot a 70 in the first round at the Shadow Ridge Golf Club in Palm Desert, California on Thursday and hit a 76 throughout the second round on Friday, Fox News reported. LPGA rules declare that any player who shoots under 88 after all three rounds will earn a 2023 Epson Tour Status, the official qualifying tour for the LPGA.

Contesting against 310 women, Davidson is tied at 59th place and seems to be in a good position to pass the first stage and move onto Stage II in October against the top 100 players.

Davidson last contested as a male golfer in 2015. The golfer started hormone therapy treatments and underwent gender reassignment surgery in 2021 and the LPGA Tour removed the "female at birth" requirement in 2010.

"I know I have what it takes from being around professional golfers on the LPGA/PGA/Champions Tour over the recent years and staying very competitive with them all," Davidson announced in 2021 while attempting to fundraise for qualifying school.

"While I know I have the talent and mental game to make a career out of playing, the initial cost of tournaments and practice expenses is what truly holds me back."

Davidson failed to make qualifiers that year yet did end one match only three shots behind 2010 U.S. Women's Open champ Paula Creamer.

The top male golfers can typically drive the ball further than their female counterparts, yet Davidson claims criticism regarding competing in the women's circuit is transphobic.

"I've seen that it's not about protecting women's sports or me having an advantage, it's just that you don't like trans people," Davidson announced of critics on the Like It Is podcast.

Davidson argues that, after the transition, the golfer now drives the ball 15 mph slower than before.

Davidson competing in women's sports takes place as debates have erupted across America over opposite sex athletes competing in sport, especially at the high school and college levels.

Earlier this year, UPenn swimmer Lia Thomas started competing in women's collegiate swimming only a year and a half after transitioning and then broke several women's records.