What Makes A Great Athlete? One NFL Star Believes It Is The Faith They Are Brought Up With 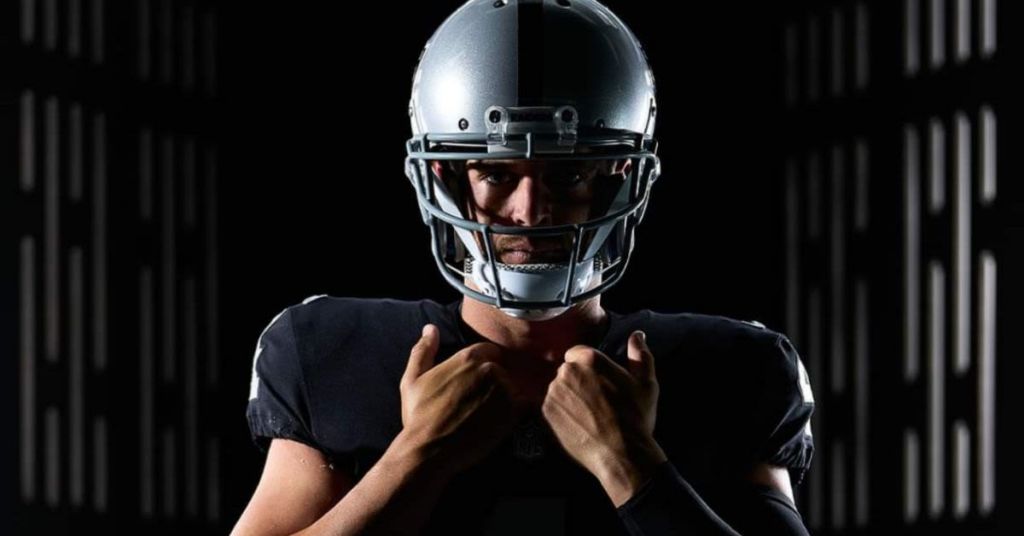 Las Vegas Raiders quarterback Derek Carr praised his parents for teaching him to make his faith his priority and announced that, as a child, he wouldn't play if a game fell on a Sunday.

Carr, born in California, announced, "My mom and my dad taught me that my faith was number one."

He continued: "If there was a game on Sunday, as a kid, we always told my traveling coach, 'I'm not gonna be there, I'm gonna be at church.' They made the priorities, the priorities. And it worked out for me; I made it to the NFL. So all these moms and dads that say, 'No, we have to go to your games at eight years old,' you know, 'it's OK to miss one.'"

Carr explained to Wells, the worship leader at Joel Osteen's Lakewood Church in Houston, Texas, that he accepted Jesus at college and credited Pastor Mattie Montgomery from the Christian band For Today for helping him grow in his faith.

The quarterback further explained how God recently led him to pray for a female photographer throughout a golf tournament, the American Century Championship.

The quarterback further shared how God recently led him to pray for a female photographer during a golf tournament, the American Century Championship.

"I felt the Lord telling me, 'I want you to pray for that lady,'" Carr stated. "She was limping, and I knew she would have to walk all day and take pictures and all this stuff. And so, I shared a story about how my mom was recently healed. I said, 'Can I just pray for you?' And she goes 'absolutely.'… So I prayed with her. And the next day, she comes back, and she's like ... 'Hey, you prayed for me. I walked for three and a half hours, took pictures [and] had no pain, all the pain left. … I just want to say, 'Thank you.'"

"I was like, 'Praise God.' Even though we had fun at golf, that was the weekend victory."

In 2013, Derek's son, Dallas, underwent successful emergency surgery at Valley Children's Healthcare in Fresno, California. As a newborn, Dallas was born with a life-threatening abnormality called intestinal malrotation that could have caused the blood supply to his intestinal tract to be cut off.

Meanwhile, throughout a recent press conference ahead of training camp, the Raiders quarterback addressed his previous announcement that “no one thinks anything of us,” and it led to an edgy exchange with ESPN reporter Paul Gutierrez.

After Carr clarified that “nobody cares” regarding outside noise, Gutierrez pressed, “If it doesn’t matter, Derek, why do you talk about it?” — which appeared to strike a chord with the Pro Bowl quarterback.

“Thank you, Paul, it’s so good to see you,” Carr answered with sarcasm and an eye roll. “I say it because I’m a positive person, and I try and encourage my teammates. There’s a way I say things to encourage my locker room to put a chip on their shoulder maybe, and sometimes I do it too much. And so I don’t appreciate your tone either; you can pump that back a little bit.”