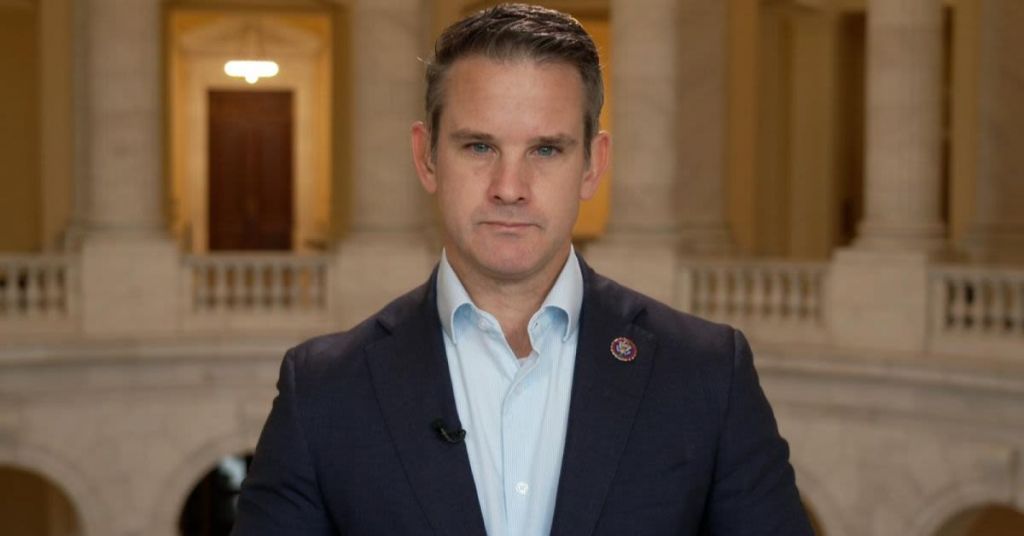 As Rep. Liz Cheney went down to a heavy loss in Wyoming's House Republican primary Tuesday night, her fellow GOPer on the House select committee probing last year's Capitol riot lamented that some of Donald Trump's followers see the former president as the son of God.

"I'm going to say this as a Christian myself, the pastors — many pastors in this country are failing their congregation," Rep. Adam Kinzinger (R-Ill.) told MSNBC as the polls closed in the Cowboy State. "Not even just by, you know, pushing kind of Trumpism from the pulpit, but even refusing to talk about how bad it is, how corrosive it is."

"And you have people today that literally — I think in their heart, they may not say it — but they equate Donald Trump with the person of Jesus Christ," Kinzinger continued. "And to them, if you even come out against this amazing man, Donald Trump, which is obviously quite flawed, you are coming out against Jesus, against their Christian values. And when you go after their religion, that violates the depth of who they are."

Kinzinger and Cheney were two of the 10 House Republicans who voted to impeach Trump last year on a charge of starting an insurrection on Jan. 6, 2021. Eight of those lawmakers have either declared their intention to retire from Congress or lost to primary challengers.

Cheney was beaten in her nominating contest by Trump-backed Harriet Hageman, who beat the daughter of former Vice President Dick Cheney by more than 37 percentage points.

Trump has repeatedly labeled Kinzinger a "RINO" — Republican in name only — and publicly backed the Republican National Committee's decision to censure both him and Cheney.

The resolution states that both lawmakers "have demonstrated, with actions and words, that they support Democrat efforts to destroy President Trump more than they support winning back a Republican majority in 2022" and accuses them of "participating in a Democrat-led persecution of ordinary citizens engaged in legitimate political discourse."

"Liz Cheney and Adam Kinzinger crossed a line. They chose to join Nancy Pelosi in a Democrat-led persecution of ordinary citizens who engaged in legitimate political discourse that had nothing to do with violence at the Capitol," RNC Chairwoman Ronna McDaniel announced in a statement. "That's why Republican National Committee members and myself overwhelmingly support this resolution."

Kinzinger is not running for re-election this fall and has stood by his denouncement of the 45th president despite backlash from his party and threats against his family.

"I've been kicked out of my tribe," he told MSNBC Tuesday night, adding, "That's okay."