No Wonder The FBI Is Sweating: Trump To Release Damning Video Of Mar-A-Lago Raid 'At The Right Time' 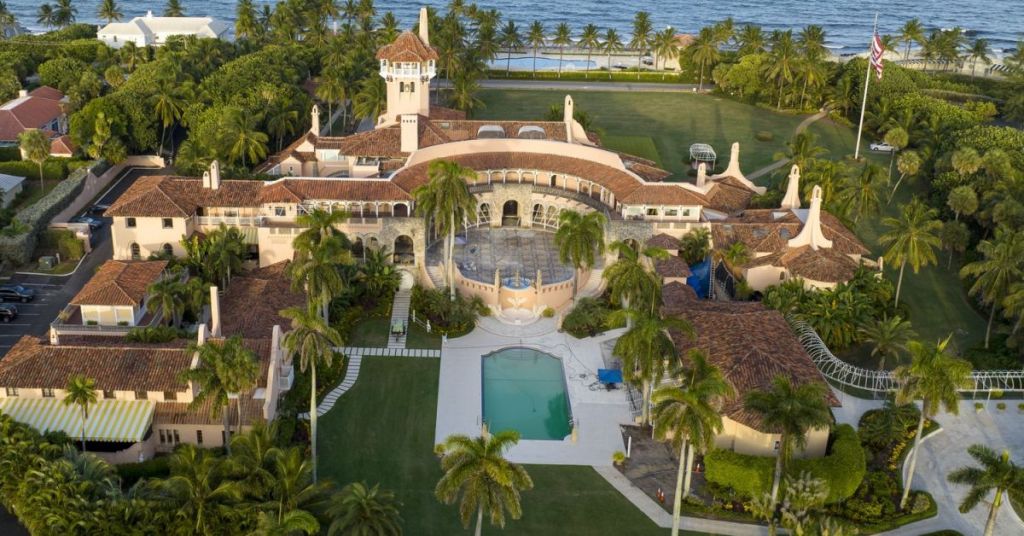 Requess for former President Donald Trump to publish the Mar-a-Lago surveillance footage of the FBI raid has persisted since the raid unfolded last week.

Son Eric Trump, the Trump Organization executive Vice President, has promised in TV appearances that the footage will be published "at the right time," but a source told CNN that Donald Trump might not have even seen it in full yet.

"I don't think it's been shared by anyone outside of the attorneys," the source told CNN.

Allies of Trump calling for the release of the footage have suggested he might use the recordings in campaign ads for a potential 2024 presidential run, virtually showing Americans a feasible example of his claims of political persecution, according to CNN.

However, it is uncertain what the footage would reveal or if it would be a significant benefit. "It's one thing to read a bunch of numbers on an inventory list; it's another to see law enforcement agents carrying dozen-plus boxes out of President Trump's home knowing they probably contain sensitive documents," one source told CNN. "I don't see how that helps him."

For his part, Trump has claimed that as President, he had the power to declassify documents. He and allies have also challenged why, if the Justice Department was so worried about possible security risks, it took weeks for Attorney General Merrick Garland to approve the raid and days for it to be executed.

The raid itself appears to have animated support for Donald Trump, according to Eric.

He told Wednesday's "Eric Bolling The Balance" on Newsmax that "people will crawl over broken glass for Donald Trump."

Trump and his attorneys say they refused calls to turn off the security cameras during the Aug. 8 raid.

That request was made by the Justice Department's Jay Bratt, chief of the counterintelligence and export control, CNN reported.

"If someone can persuade him this is somehow good for him and bad for his enemies, he’ll do it," former Trump White House attorney Ty Cobb told CNN about a potential footage release. "He doesn't have the lawyers to help him sort through these things strategically and is thinking through them on his own."

A source told CNN that Trump is considering the release because it "drives the base ... bananas" to see FBI agents "milling around Mar-a-Lago while President Trump was out of town."

Trump was in New York City at the time of the raid.

"I think the folks in New York — President Trump and his family — probably had a better view than I did," attorney Christina Bobb told Real America's Voice last week. "Because they had the CCTV, they were able to watch."