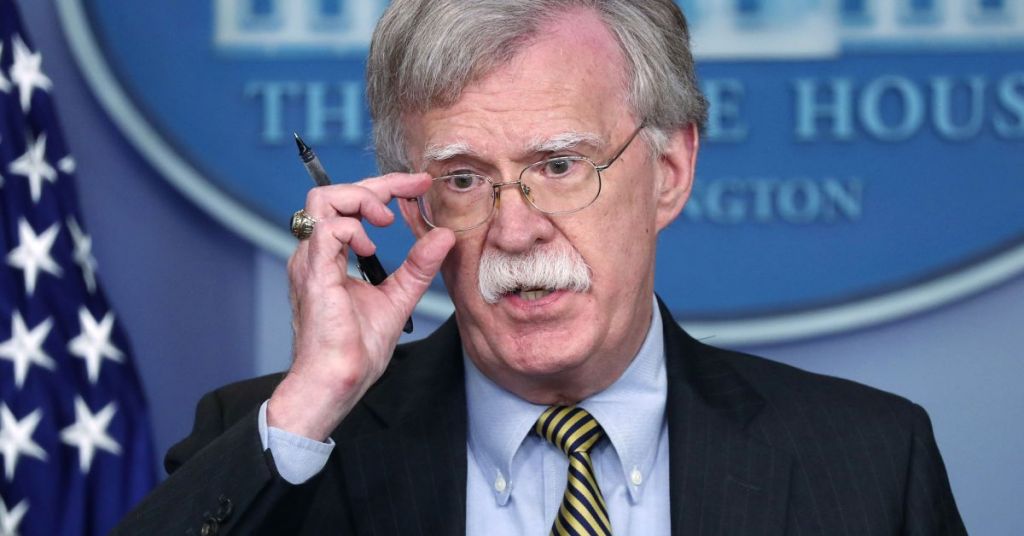 Donald Trump's former national security advisor John Bolton blamed the ex-president for lying when he argued Friday to have a "standing order" that all documents taken from the White House while in office were to be declassified.

Bolton announced the allegation was "almost certainly a lie" in a New York Times piece published on Sunday.

"When somebody begins to concoct lies like this, it shows a real level of desperation," he announced.

It comes roughly a week after Trump's Mar-a-Lago resort in Florida was targeted in an unannounced search by FBI agents who took a trove of documents sought by the National Archives and Records Administration.

The warrant, which was unsealed on Friday, indicates the former president took top secret documents and may have broken the Espionage Act.

Trump has offered many rebuttals, from arguing he was cooperating with investigators to insisting the "raid" was a political "witch hunt."

On Friday, ex-Fox News contributor John Solomon - who is representing Trump with the National Archives, according to the Times - read an announcement arguing the documents were declassified already.

"As we can all relate to, everyone has to bring home their work from time to time. American presidents are no different," Solomon read.

" President Trump, to prepare the work the next day, often took documents, including classified documents to the residence. He had a standing order that documents removed from the Oval Office and taken to the residence were deemed declassified the moment he removed them."

Yet Bolton told the Times he never heard such an order throughout or after serving in the Trump administration from April 2018 into September 2019.

"I was never briefed on any such order, procedure, policy when I came in," Bolton announced.

"If he were to say something like that, you would have to memorialize that so that people would know it existed."

The former national security official continued that Trump had secure facilities installed in his New Jersey and Florida residences so that documents required to be brought on his travels would not have to be declassified.

Trump's allegation to have declassified all of the documents arrives after it was revealed his lawyers told investigators in June that all of the top-secret records the ex-president took to Mar-a-Lago were back in the National Archives possession.

Officials from the National Archives traveled to Mar-a-Lago in January to retrieve 15 boxes of files that were to be left at the White House when Trump left office about 12 months before.

The Archives later confirmed the Washington Post's report that some of the records were labeled "top secret."

Trump's latest explanation appears to be undercut by prior comments from his lawyer, One America News host Christina Bobb, in an interview she gave the day after the raid.