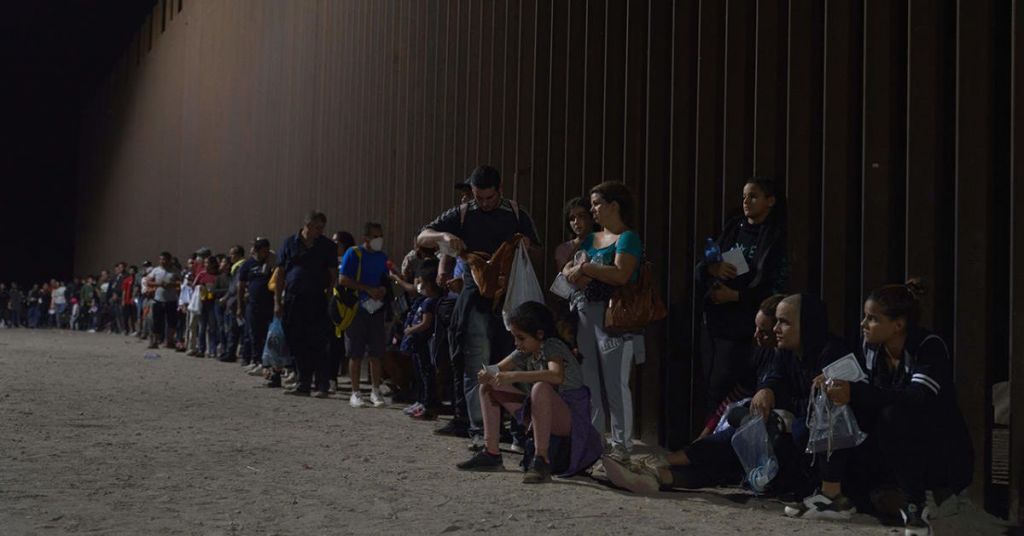 Customs and Border Protection (CBP) made almost 200,000 migrant encounters in July, according to figures obtained by Fox News Digital, suggesting a still-continuous migrant disaster despite a slight dip in the already high numbers encountered.

Yet the nearly 200,000 encounters still represent a stubbornly high number of migrants hitting the border and a continuing border disaster that has overwhelmed agents and border communities and dogged the Biden administration.

Two-thirds of all migrants encountered were single adults, with 134,362 encounters in July. Yet, only 74,573 encounters ended in expulsion under the Title 42 public health order — an order established throughout the Trump administration and that the Biden administration has aimed to abolish yet has thus far been blocked by court order. This relatively low number of removals is in part due to the increase in migrants coming from nations such as Venezuela, Nicaragua and Cuba, which are not subject to Title 42 due to the Mexican government's refusal to take them.

Republicans have sought to blame the Biden administration for the crisis at the border, pointing to the rollback of Trump-era policies that include border wall construction and the Migrant Protection Protocols (MPP). The administration recently announced it would be ending the program — known as the "Remain-in-Mexico" policy, which kept migrants in Mexico for their immigration hearings rather than releasing them into the nation — after the Supreme Court ruled in its favor. Nevertheless, the administration has likewise suffered defeats in court and is currently being blocked from enforcing its narrowed Immigration and Customs Enforcement (ICE) deportation and arrest priorities.

The Biden administration has pointed to the regional nature of the crisis and has sought to tackle root causes like poverty and corruption in Central America. The administration has recently attempted to slash asylum processing times with a new rule and has praised new immigration commitments after the Summit of the Americas — which has included a new crackdown on the smuggling industry, ending in more than 3,000 arrests in just three months. Nonetheless, it also recently gave the green light to projects to fill in gaps in the border wall in Yuma, Arizona.