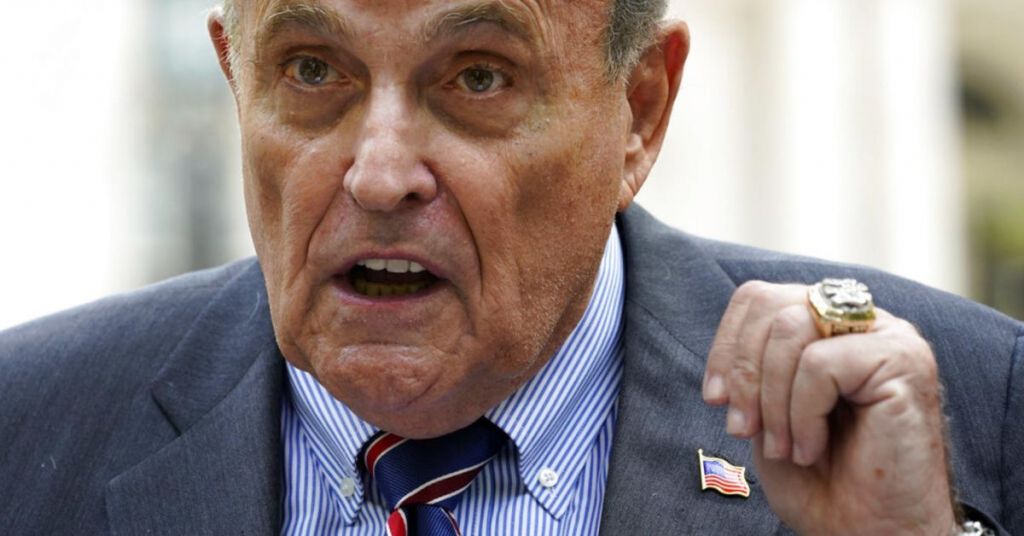 Rudy Guiliani's lawyer suggested that Guiliani is a target of the criminal 2020 election investigation in Fulton County, Georgia.

Giuliani, who acted as former President Donald Trump's private attorney, is expected to testify later this week, a New York Times report added. He has already been subpoenaed along with other members of Trump's inner circle, including Sen. Lindsey Graham (R-SC) and lawyers John Eastman and Jenna Ellis, for intelligence concerning attempts to overturn the 2020 election in Georgia.

An individual is considered a target in an investigation means that "whatever has been unearthed in this investigation suggests you may have committed a crime," CBS News legal correspondent Paula Reid said when defining the term "target."

Giuliani, a former New York City mayor, reacted to the news during an interview with John Catsimatidis on the Cats at Night Show on WABC 770 AM. He stressed that he was acting as Trump's lawyer in Georgia and declared, "I’m not backing down. God almighty. Every other mayor of Atlanta goes to jail. I'm going to feel really comfortable in that crooked place."

Fulton County District Attorney Fani Willis sent target letters to several Georgia Republicans in July, including Sen. Burt Jones (R-GA), David Shafer, chairman of the Georgia Republican Party, and Sen. Brandon Beach (R-GA), according to Yahoo News. Jones and Shafer were among the Republicans who engaged in a private meeting at the state Capitol on Dec. 14, 2020, a source told the news outlet.

A judge prompted Giuliani to arrive at Fulton County special grand jury investigating possible crimes in the 2020 election on Wednesday, Aug. 17. He had initially been requested to share his testimony on Aug. 9, but Fulton County Superior Court Judge Robert McBurney offered him an extra week to appear before the court after Giuliani's lawyers claimed that a recent medical operation prevented him from traveling to Georgia via plane.

The subpoena against Giuliani mentioned his December 2020 appearance before a Georgia Senate panel where he asserted that a video proved election fraud transpired in Georgia's State Farm Arena. Secretary of State Brad Raffensperger's office subsequently "debunked" those claims, per the subpoena.

Willis is checking whether crimes were committed in Georgia during the aftermath of the 2020 election. The investigation began last year after audio surfaced of a call in which then-President Trump stressed to Raffensperger the need to "find" 11,780 votes, enough to reverse his Georgia election loss. Trump has rejected claims of wrongdoing and upheld the call as "perfect."