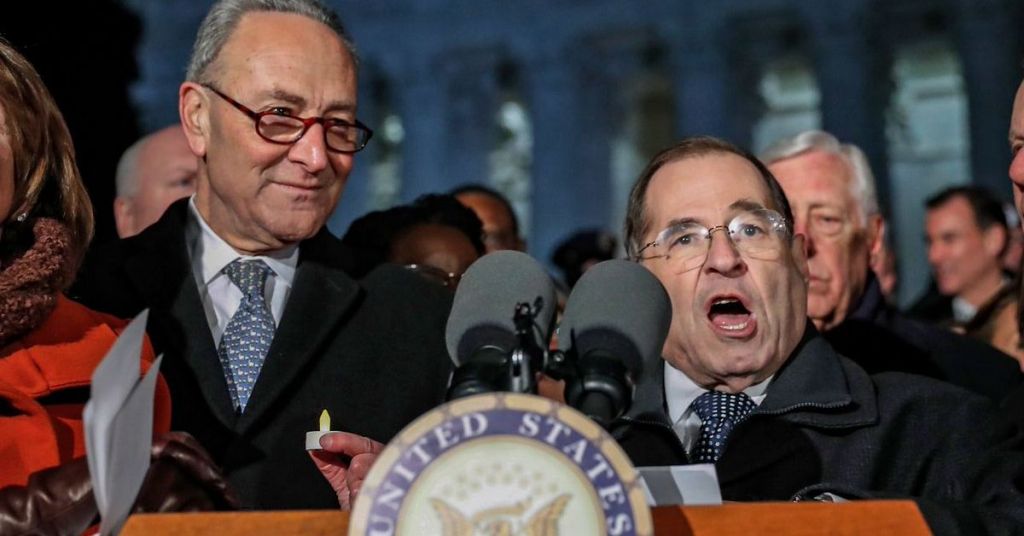 With his support, Schumer is the first prominent Democrat in the Empire State's congressional delegation to take a side in the harsh intraparty battle triggered by a messy redistricting process earlier this year. Voters are poised to decide between the two heavyweights, each of whom chairs one of the most powerful committees in the House, on Aug. 23.

“New York has a lot of outstanding leaders, but few of them lead with the courage, conviction, and brilliant legislative effectiveness of my friend, Jerry Nadler,” Schumer said. “I’ve watched as time after time, Jerry — a critical partner of mine in the House — was right on the issues years before so many others.”

Both Maloney and Nadler started representing New York in Congress back in the 1990s and quickly rose through the ranks to powerful positions. Maloney chairs the House Oversight Committee, carrying a high-profile inquiry into former President Donald Trump's handling of presidential records. Nadler heads the House Judiciary Committee.

Praising the same state and party, the two were deemed as allies in the House before a redistricting shock merged their Upper East Side and Upper West Side Manhattan districts into the new 12th Congressional District. Both Maloney and Nadler declined to relocate to bypass a collision course.

The race quickly devolved into a painful contest, with both sides tapping into identity politics to gain an advantage over the other.

Nadler has cautioned New Yorkers that should he lose, the state would lose its only Jewish House member. Meanwhile, Maloney has reminded voters that she is a woman while praising her pro-abortion rights bona fides in ads and campaign events.

"You cannot send a man to do a woman’s job," she declared in a recent ad.

Maloney has provoked controversy for her handling of questions about whether President Joe Biden should seek a second term in office. She has publicly claimed she does not think Biden will seek reelection despite the White House asserting he will.

Earlier this month, Maloney apologized to Biden for questioning his plan to run for another term, emphasizing that she wants him to run, though she recently reiterated her belief that he will not run again.

Nadler has been curious whether he would back a second Biden term in the White House, claiming it's too early to guess.

Suraj Patel, a third candidate in the race who has surged in recent polling, was the sole candidate to say Biden should seek a second term.