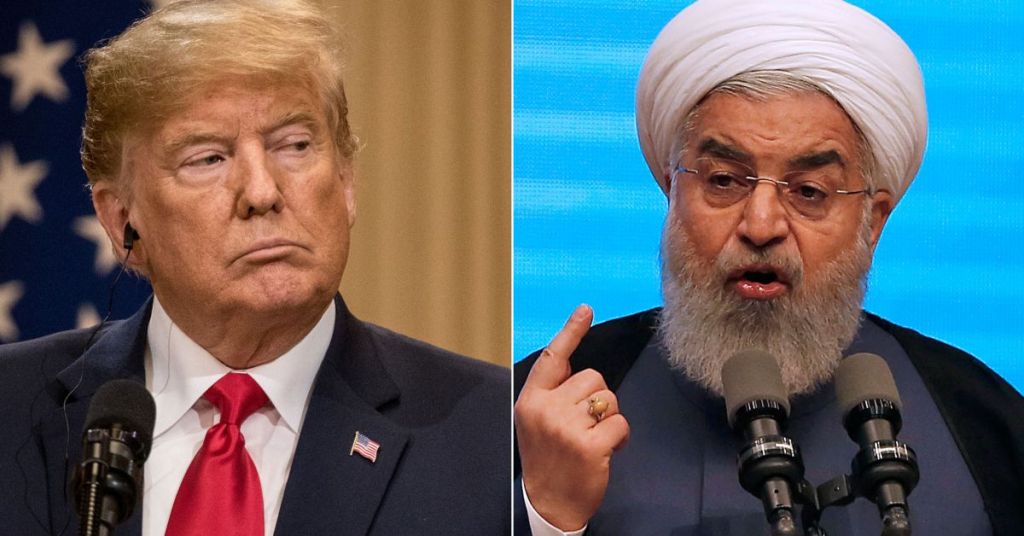 Iran's state media has warned Donald Trump and Mike Pompeo that they are next in line, after the stabbing on Friday of Sir Salman Rushdie.

The Kayhan newspaper, whose editor is personally picked by Iran's Supreme Leader, Ayatollah Ali Khamenei, announced in a front page story published on Sunday that after Rushdie "it is now the turn of Trump and Pompeo."

The editorial declared, according to The Daily Telegraph: "God has taken his revenge on Rushdie. The attack on him shows it is not a difficult job to take similar revenge on Trump and Pompeo and from now on they will feel more in danger for their lives."

Rushdie, a 75-year-old British-American novelist, was talking on stage at the Chautauqua Institution in western New York when 24-year-old Hadi Matar rushed onto the platform and stabbed Rushdie up to ten times.

Matar, born in the US to Lebanese parents, was quickly detained and charged with attempted murder. His mother told DailyMail.com he became withdrawn after visiting Lebanon in 2018, yet she had no idea he was radicalized, and she now disowned him.

The threats against the former president and his former secretary of state are not new.

In January, on the second anniversary of the killing of Qassim Soleimani, the powerful commander of the Revolutionary Guards Quds Force, Iran's president Ebrahim Raisi publicly pledged to seek revenge against the pair.

A U.S. airstrike killed Soleimani, 62, and others as they traveled from Baghdad's international airport on January 2, 2020.

Raisi declared in January this year: "If the conditions for a fair trial of Mr Trump and Mr Pompeo and other criminals become available, they will be charged for committing this heinous crime and will face the consequence of their criminal actions."

"However, let there be no doubt that I say here to all American statesmen that the hand of revenge will eventually come out of the sleeve of our nation."

Anthony Blinken, Pompeo's successor as secretary of state, told Congress in April that Iran's attempts to assassinate Pompeo "are real and ongoing."

On Wednesday, the United States charged a member of the Revolutionary Guard with conspiring to murder John Bolton, a national security adviser to Trump.

The Justice Department alleged that Shahram Poursafi, further known as Mehdi Rezayi, 45, of Tehran, was likely motivated to kill Bolton in retaliation for the death of Soleimani.