'Corruption From Within': In Trying To Prove Trump Crimes, FBI Resorted To Committing Several Of Their Own 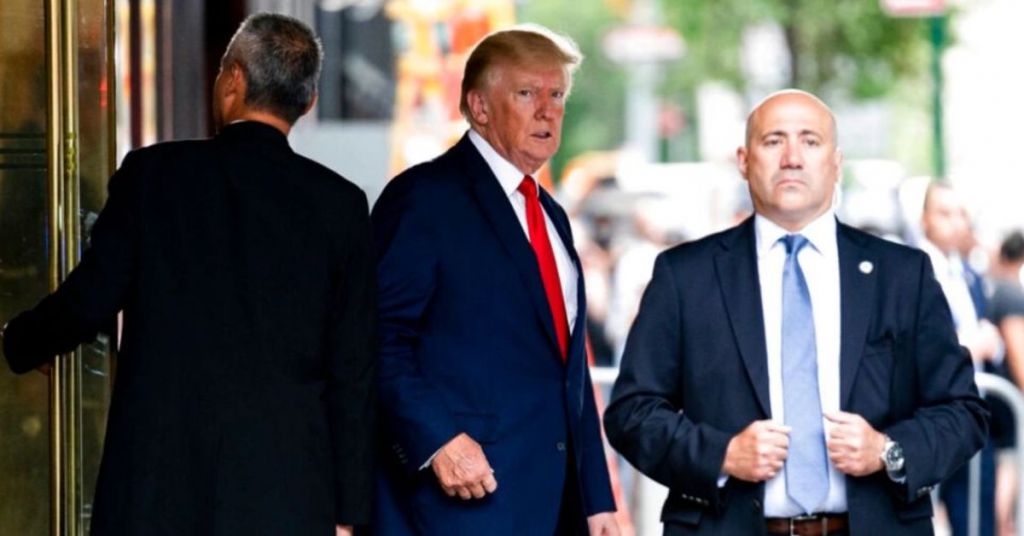 Former President Donald Trump slammed the FBI Sunday morning for taking "'executive' privileged material" in its search of the Mar-a-Lago resort and later asked the agency to return his materials as soon as possible.

In a Truth Social post, Trump wrote, "Oh great! In its now-famous raid of Mar-a-Lago, it has just been learned that the FBI took boxes of privileged 'attorney-client' material, and also 'executive' privileged material, which they knowingly should not have taken."

Trump added, "By copy of this TRUTH, I respectfully request that these documents be immediately returned to the location from which they were taken. Thank you!"

Several reports have suggested that the items removed from Mar-a-Lago last Monday — or three days after the FBI/Department of Justice got a search warrant (signed by Magistrate Judge Bruce Reinhart) — outside of the 11 sets of potentially classified materials.

The unsealed search warrant, which became public fodder Friday night, revealed agents were allowed to take any documents or records with classified markings or related to the "transmission of national defense information or classified material."

As such, the FBI and DOJ might have been looking for evidence that Trump violated the Espionage Act of 1917, which prohibits American citizens from "obtaining information, recording pictures, or copying descriptions of any information relating to the national defense with intent or reason to believe that the information may be used for the injury of the United States or to the advantage of any foreign nation."

As an easy legal counter, every living U.S. President has a lifetime "top secret" clearance with matters regarding the U.S. government, Dr. Seb Gorka told Newsmax Sunday morning while appearing on "Wake Up America" with hosts Carl Higbie and Christina Thompson.

That honor also spreads to President Trump, added Gorka, and it's especially accurate with items Trump reportedly declassified before leaving office in January 2021.

Attorney-client privilege covers private exchanges and communications between an attorney and their client during an ongoing investigation.

For the executive privilege, as it connects to White House matters, the president has the authority to keep certain forms of communication private from the legislative and judicial branches of the U.S. government.

The Florida judge who signed off on the search warrant authorizing the raid of Mar-a-Lago had ties to convicted pedophile Jeffrey Epstein, the New York Post reports.

Judge Bruce Reinhart approved the warrant that allowed federal agents to descend on Trump's South Florida estate Monday in what the 45th president described as an "unannounced raid on my home."

Following 10 years in private practice, Reinhart was promoted to a magistrate judge in March 2018, according to the Post.