CNN's New Slogan Should Be 'Preaching, Not Reporting' As 'Climate Guru' Blames Every Republican For This 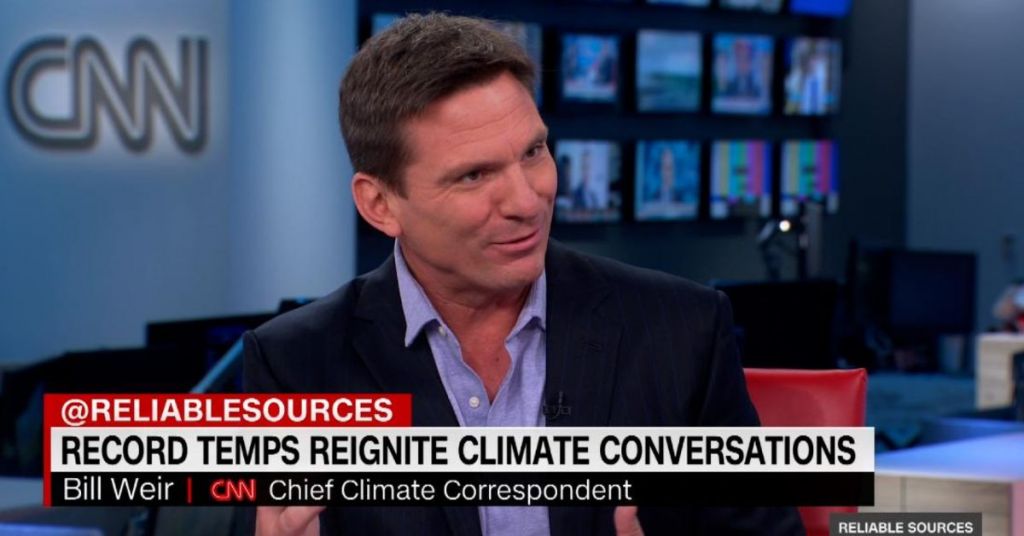 CNN's 'climate specialist', Bill Weir, just accused the Republican party and all supporting them of bringing about the end of the world in a tweet, which he instantly deleted.

"Not a single Republican in either chamber voted for the first piece of ambitious climate legislation in U.S. history," Weir wrote, referring to the Inflation Reduction Act that will soon be passed into law by President Joe Biden. "Best case, they let their opponents become the party of Industrial Revolution 2.0. Worst case, their obstruction hastens the end of a livable Earth."

The bill will allocate around $370 billion into energy security, with $9 billion going to help homeowners shift to renewable energy and $60 billion for environmental justice programs in disadvantaged communities, among other new energy policies. Meanwhile, GOP lawmakers support several economists who claim the bill will contribute to inflation.

"Hey [Bill] — we chatted about this very topic earlier in the year," conservative environmentalist Quill Robinson tweeted, including a link of their exchange. "What’s the point of doing interviews with you if you fall back on the same tired partisan dogma?"

"The new CNN continues its march back to the center," Fox News contributor Joe Concha tweeted.

Others agreed with Weir's tweet, even after the CNN correspondent deleted it and apologized.

"Deleted a poorly worded tweet and did not land as intended. Apologies," Weir wrote.

"Journalists apologizing for tweets that are objectively true to appease an online mob that believes some guy in his mom’s basement is a super secret agent with LEVEL TURBO BRAVO SUPER CLEARANCE working to root out the deep state," Adam Nathaniel Peck wrote. "2022 in a nutshell."

"The right is fuming about this post from [Weir], but it's just objectively true and fair analysis," Ryan Grim of The Intercept tweeted. "Carbon emissions are what they are; they do what they do, and they don't care about your feelings."

Weir has been employed by CNN since 2013.

The Senate passed the Inflation Reduction Act over the weekend after hours of debate that extended from Saturday night into Sunday morning, featuring amendments that shifted vast amounts of money to benefit some at the expense of others.

The measure will attempt to decrease the country’s deficit by $300 billion over the next 10 years; among its provisions, it will expand health insurance subsidies, increase funding for the Internal Revenue Service, and offer financial incentives to companies that prioritize renewable energy.

Democrats didn’t get all they wanted in the bill after they made some compromises to get centrist Sens. Joe Manchin (D-WV) and Kyrsten Sinema (D-AZ) on board, but there were still notable wins.