Must See: FBI Working Hard To Bury Evidence Of 'Russiagate' Hoax - Mar-A-Lago Was Part Of Effort To Do That 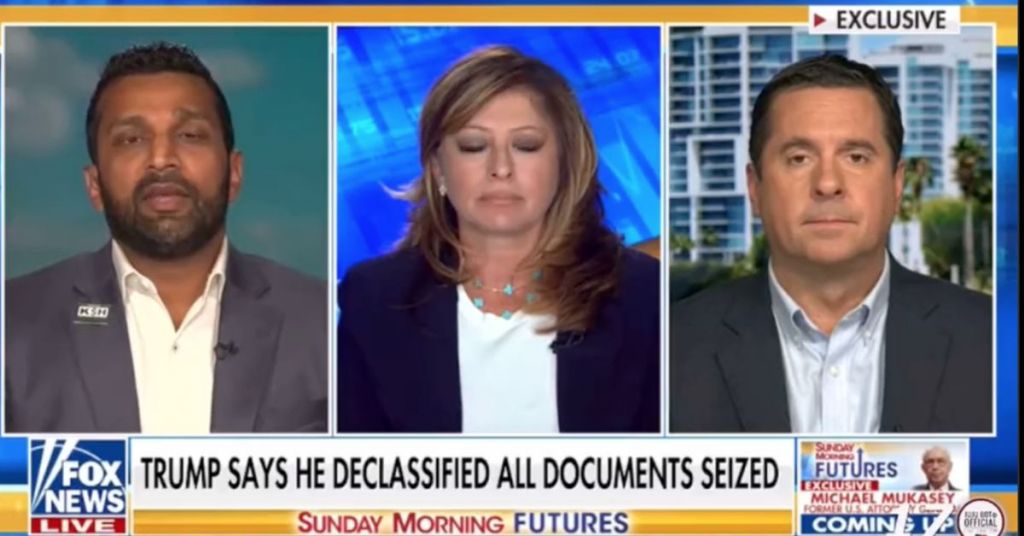 According to a top Pentagon official from the Trump administration, Justice Department officials seem to be attempting to obstruct the disclosure of documents from the so-called "Russiagate" investigation that was proven to have been nothing but a successful attempt by Democrats to mire the Trump administration down with congressional hearings which led to the first impeachment..

Kash Patel appeared on Fox News on Sunday and defended former President Donald Trump's assertions that he prompted sweeping declassification orders of documents after the FBI raided his Mar-a-Lago resort and held more than a dozen boxes of materials in an investigation that could have national security implications.

Patel, who was chief of staff to acting Defense Secretary Christopher Miller and held other high-ranking positions in the Trump administration, said Trump named him his representative to the National Archives, and they have been locked in a "bureaucratic battle" over documents that were taken to his Florida club.

Since there seems to be an "ongoing" counterintelligence investigation, he said, "you will never be allowed to see the Russiagate docs or any other docs that President Trump lawfully declassified, and they will hide it from the public," Patel told Sunday Morning Futures host Maria Bartiromo. Patel was being interviewed along with Devin Nunes, a former chairman of the House Intelligence Committee, now the CEO of Trump's social media company.

Special counsel John Durham is looking into the origins and behavior of the Russia inquiry, which Republicans have long slammed as a drawn-out campaign to drag the 45th President. Patel previously claimed on Jan. 20, 2021, Trump's final day in office, that "99%" transparency had been achieved, but on Sunday, he pared back that estimate to 60%.

There stays an atmosphere of uncertainty about the documents covered by Trump's 11th-hour declassification memo at the end of his administration. The memo spoke of a binder of materials related to the Crossfire Hurricane investigation that Trump said the Justice Department provided to the White House at his request on Dec. 30, 2020.

"I hereby declassify the remaining materials in the binder. This is my final determination under the declassification review. I have directed the Attorney General to implement the redactions proposed in the FBI’s January 17 submission and return an appropriately redacted copy to the White House," Trump said.

There were previous FISA-related instructions, which came in tweets and a White House press release, that a judge ruled in May 2020 did not constitute formal declassification orders.

Trump tweeted again about authorizing the "total Declassification" of Russiagate documents in October 2020, after which the Department of Justice argued there was no order, and White House chief of staff Mark Meadows submitted a sworn declaration in which he said Trump indicated to him that his statements on Twitter were not "self-executing declassification orders." A judge then accepted the White House statement as rescinding Trump's tweets.