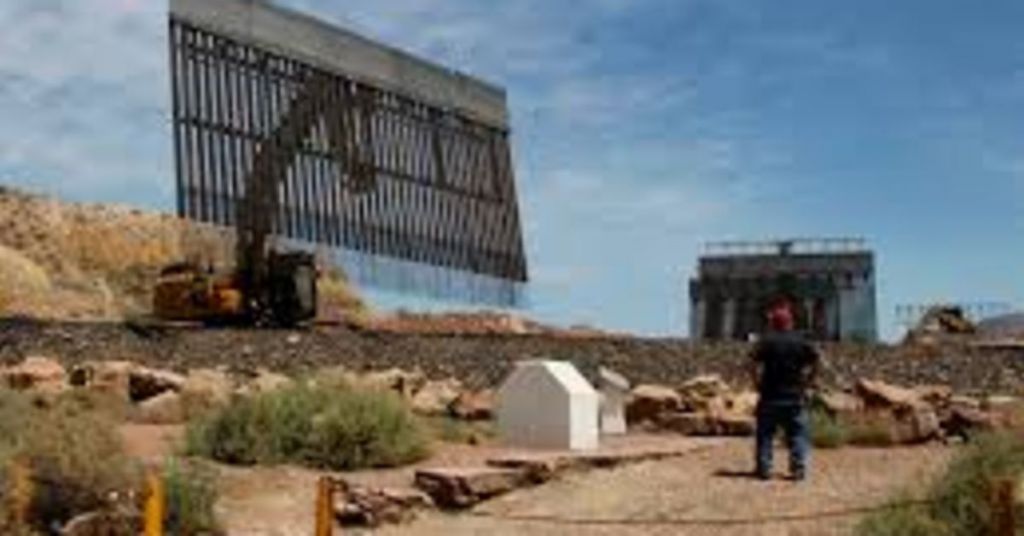 The state of Arizona is taking action to fill in unfinished gaps in the border wall.

Arizona Governor Doug Ducey (R) signed an Executive Order Friday afternoon authorizing the Arizona Department of Emergency and Military Affairs to start emergency construction to fill in a 1,000-foot-long gap in the border wall in the Yuma sector. The spur-of-the-moment order was abruptly declared after construction had already started, and the governor’s office announced construction would be concluded over the weekend. The order comes only days following the Biden administration raised the “Remain in Mexico” policy earlier this week.

“Arizona has had enough,” Ducey announced in a statement. “We can’t wait any longer. The Biden administration’s lack of urgency on border security is a dereliction of duty. For the last two years, Arizona has made every attempt to work with Washington to address the crisis on our border. Time and time again we’ve stepped in to clean up their mess. Arizonans can’t wait any longer for the federal government to deliver on their delayed promises.”

“Our border communities are being used as the entryway to the United States, overwhelming law enforcement, hospitals, nonprofits and residents,” Ducey continued. “It’s our responsibility to protect our citizens and law enforcement from this unprecedented crisis. With the resources and manpower in the right places, our Border Patrol and law enforcement will be better equipped to do their jobs well and prevent cartels from exploiting our communities. That’s exactly what our barrier mission will do.”

To construct the barrier, the state bought 60 8,800 pound, 9×40 foot shipping containers. The containers will be linked together, then welded shut and topped with concertina razor wire. The barrier will be roughly 22 feet high, shorter than the 30-foot panels of the border wall installed by the Trump administration. The project is expected to cost roughly $6 million, which will be taken from the $335 million “Arizona Border Security Fund.”

The state first made the announcement in a press call Friday morning, just six minutes after construction had begun, the Washington Examiner reported. The state had not yet informed the Department of Homeland Security or the White House of the decision at the time. The state itself had only made the decision this week, the Examiner stressed.

“At this point, we are filling that gap and we’ll figure out the consequences,” Ducey’s general counsel, Anni Foster, told reporters, via the Examiner. “But the bottom line is that the federal government has a duty to protect the states. They failed to do that. We have made every effort to work with them and try to resolve this problem, but the governor can no longer wait for the federal government to take action when we have a community like Yuma, who is being sheltered at 150% of capacity.”