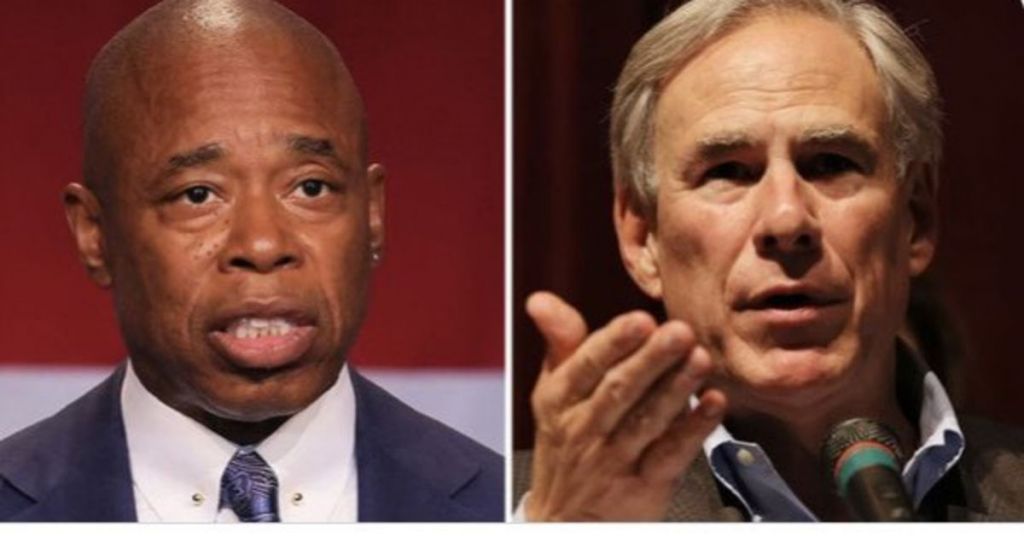 Texas Gov. Greg Abbott hit back at New York City Mayor Eric Adams after the Democrat denounced him for busing asylum seekers in Texas up to New York.

Adams recently proposed that he could bus New Yorkers down to Texas to campaign against Abbott, whom Adams defined as "a global embarrassment" and "an anti-American governor that is going against everything we stand for."

In an announcement issued on Friday, Abbott’s office stated, "Since the launch of Operation Lone Star, the multi-agency effort has led to more than 292,700 migrant apprehensions and more than 18,400 criminal arrests, with more than 15,700 felony charges reported. In the fight against fentanyl, [the Texas Department of Public Safety] has seized over 326 million lethal doses during this border mission."

"Texas has transported over 6,800 migrants to our nation's capital since April and over 360 migrants to New York City since last Friday. The busing mission is providing much-needed relief to our overwhelmed border communities."

In an interview on Fox News earlier this week, Abbott stated, "Go ahead, Mayor, make my day. New York is a sanctuary city. Mayor Adams announced they welcome illegal immigrants, yet now that they have to deal with the reality, they're suddenly flummoxed and cannot handle it."

He later continued, "The reason we're sending the migrants is very simple. Local communities were overwhelmed with the thousands upon thousands of illegal immigrants who have been dumped off in the communities by the Border Patrol. The people who are coming across the border just continue to increase."

“We had a big dip in activity because the Tactical Response Unit (TRU) was patrolling the river,” Staff Sgt. Orlando Gonzalez announced. “The boats were pushing traffic back to the Mexico side or to different sectors, and as soon as they left, our traffic picked up immediately.”