Must See: Who Was The 'Rat' That Was As Close To Trump As Possible? 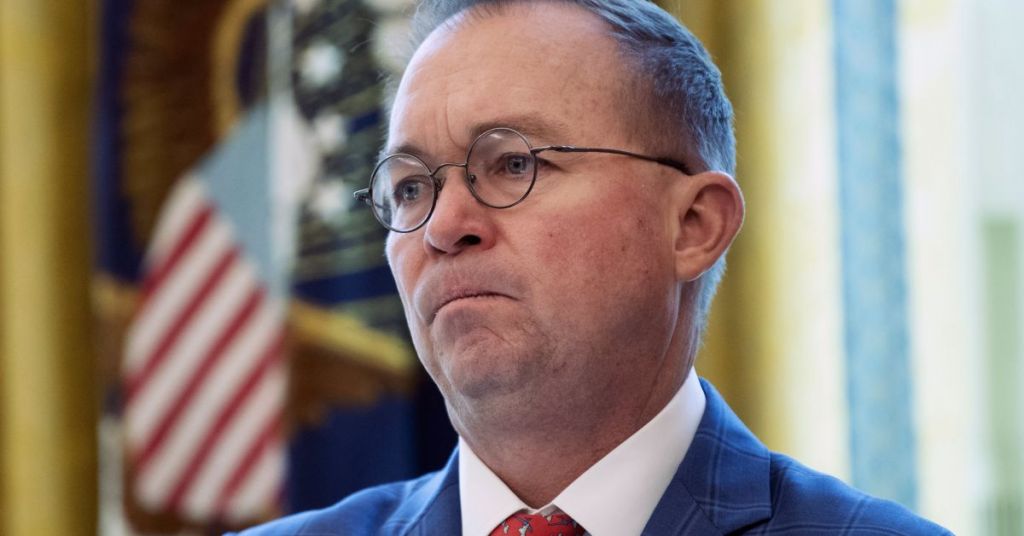 Former White House acting chief of staff Mick Mulvaney said "somebody very close" to Donald Trump tipped off the FBI before the bureau's raid at Mar-a-Lago.

Mulvaney appeared on CNN Thursday, three days after the FBI raided Trump’s home in Palm Beach, Florida. Multiple reports said the raid was linked to the handling of presidential records, including confidential documents, after leaving office.

Rolling Stone reported that Trump asked colleagues if they think the feds intercepted his phones. Newsweek, referring to government sources, said the raid resulted from a "confidential human source."

Mulvaney was asked who "in Trump’s orbit" would have learned the location of the since-taken documents.

"I didn't even know there was a safe at Mar-a-Lago, and I was the chief of staff for 15 months," Mulvaney told CNN. "This would be someone who was handling things on day to day, who knew where documents were, so it would be somebody very close to the president.

"My guess is there is probably six or eight people who had that kind of information. I don't know the people on the inside circle these days, so I can't give any names of folks who come to mind, but your instinct, I think, is a good one.

"If you know where the safe is and you know the documents are in 10 boxes in the basement, you're pretty close to the president."

Mulvaney, a former congressman from South Carolina, also asked the FBI to reveal what proof they had to suggest Trump's documents were at "imminent risk" of being hidden or eradicated.

Mulvaney also referenced a CNN legal analyst who said the raid was an overreach if it's "just about documents."

"If you're Republican, the reason you're asking, acting the way that you are the last 48 hours, is that you really do feel like you're not getting fair treatment from your own government, and that's a very dangerous place to be," Mulvaney said on CNN.

Newsweek reported that the raid at Mar-a-Lago was timed intentionally to occur when the former President was not in the mansion. He's spending the summer in New Jersey.

Republicans have described the investigation as politically motivated, with leading figures demanding a briefing from Attorney General Merrick Garland, head of the DoJ.

Mr Trump's former Vice-President, Mike Pence, who has subtly distanced himself amid speculation they may both launch 2024 White House runs, called on the attorney general to give "a full accounting" of why the search warrant was conducted.