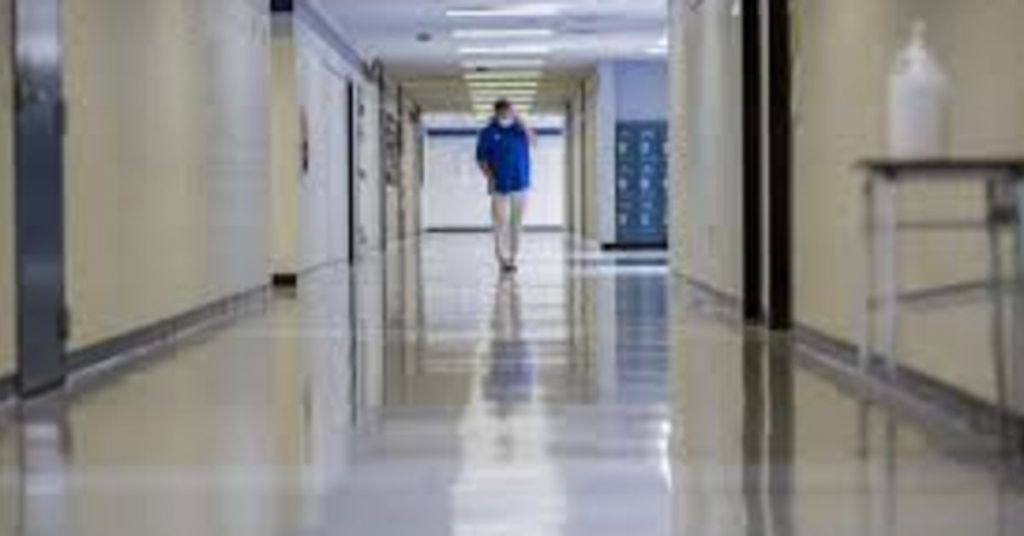 The nation's top public health agency eased its COVID-19 guidelines Thursday, lowering the recommendation that Americans quarantine themselves if they come into close contact with an infected person.

The Centers for Disease Control and Prevention also said people no longer should stay at least 6 feet away from others.

The alterations, which come more than 2 1/2 years after the start of the pandemic, are driven by the knowledge that an evaluated 95% of Americans 16 and older have acquired some level of immunity, either from being vaccinated or infected, agency officials said.

“The current conditions of this pandemic are very different from those of the last two years,” said the CDC's Greta Massetti, an author of the guidelines.

Many areas around the country long ago left social distancing and other once-common protection, but some of the changes could be especially important for schools, which resume classes this month in many parts of the country.

Possibly the broadest education-related revision is the end of the recommendation that schools do routine daily testing, although that practice can be reinstated in specific situations during a surge in infections, officials said.

The CDC also dropped a “test-to-stay” recommendation, which said students exposed to COVID-19 could regularly test — rather than quarantining at home — to keep attending school. With no quarantine recommendation anymore, the testing option disappeared too.

Masks are still recommended only in areas where community transmission is deemed high, or if a person is considered at high risk of severe illness.

School districts across the U.S. have scaled back their COVID-19 precautions in recent weeks even before the latest guidance was issued. Some have promised a return to pre-pandemic schooling.

Masks will be optional in most districts when classes resume this fall, and some of the nation’s largest districts have dialed back or eliminated COVID-19 testing requirements.

Some others have moved away from test-to-stay programs that became uncontrollable during surges of the omicron variant last school year.

The American Federation of Teachers, one of the nation's largest teachers unions, said it welcomes the guidance.

“Every educator and every parent starts every school year with great hope, and this year even more so,” President Randi Weingarten said. “After two years of uncertainty and disruption, we need as normal a year as possible so we can focus like a laser on what kids need.”

The new recommendations prioritize keeping children in school as much as possible, said Joseph Allen, director of Harvard University’s healthy building program. Previous isolation policies forced millions of students to stay home from school, he said, even though the virus poses a relatively low risk to young people.