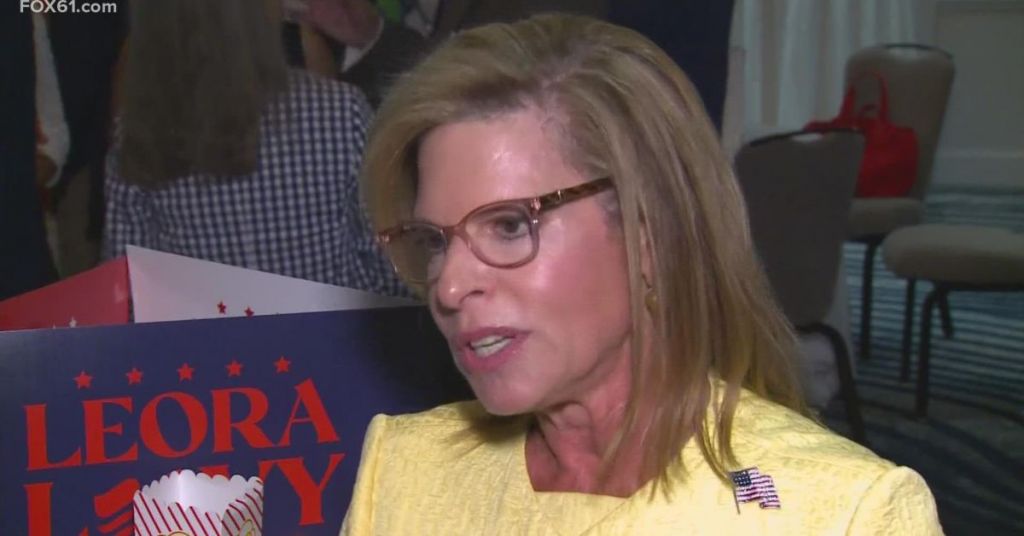 In what was a three-candidate race, the late endorsement of former President Donald Trump has propelled Leora Levy to a victory Tuesday night in the Connecticut Senate GOP primary, Decision Desk HQ projects.

Levy held off Themis Klarides, who broke with Trump, leading to the late backing of Levy, the CT Mirror reported.

Levy will encounter incumbent Sen. Richard Blumenthal, D-Conn., in the November general election, a candidate Trump states is vulnerable in the GOP's desire to flip the Senate from Democrat control.

"Congratulations to @LeoraLevyCT on a big win tonight against an opponent backed by 3 of the worst RINOs in the country!" Trump wrote early Wednesday morning on Truth Social.

Levy, a first-time political candidate, won in an upset that could signal a shift for the state GOP after years of backing moderates.

She seemed stunned by the triumph when she appeared before a cheering crowd of supporters in her hometown of Greenwich.

Levy thanked Trump for last week's endorsement, promising, "I will not let you down. Thank you for having my back."

Klarides, who backs abortion rights and some gun control measures, told her supporters she had called to congratulate Levy, who ran TV ads accusing the veteran state legislator of "not being one of us." Levy and Lumaj, who both oppose abortion rights, had claimed a conservative candidate was needed to beat Blumenthal in November.

Levy, 65, came with her family from Cuba to the U.S. in 1960. Her grandfather was president of the Vertientes-Camaguey Sugar Company in Havana. She graduated from Brown University in 1978 and worked in the financial industry, including as a commodities trader at Philbro Salomon.

She was a relative unknown when she first jumped into the race. Lumaj said Tuesday night Trump's late endorsement "absolutely" affected the contest and gave Levy the advantage.

"This is a huge victory for President Trump in our state," he told WTNH in an interview from a restaurant in Norwich where his supporters gathered. "That changed everything. The primary voters have spoken. They still support the president regardless of who the endorsed candidate is."

Connecticut has not elected a Republican to the Senate since Lowell P. Weicker Jr., R-Conn., who served from 1971 to 1989.

Art Shilosky, a Republican and former first selectman of Colchester, said he does not think nominating a candidate endorsed by Trump would finally end that drought for the GOP. He furhter asked whether Trump's endorsement would help Levy.