Must See: Biden Greeted By MAGA Signs At Vacation Spot 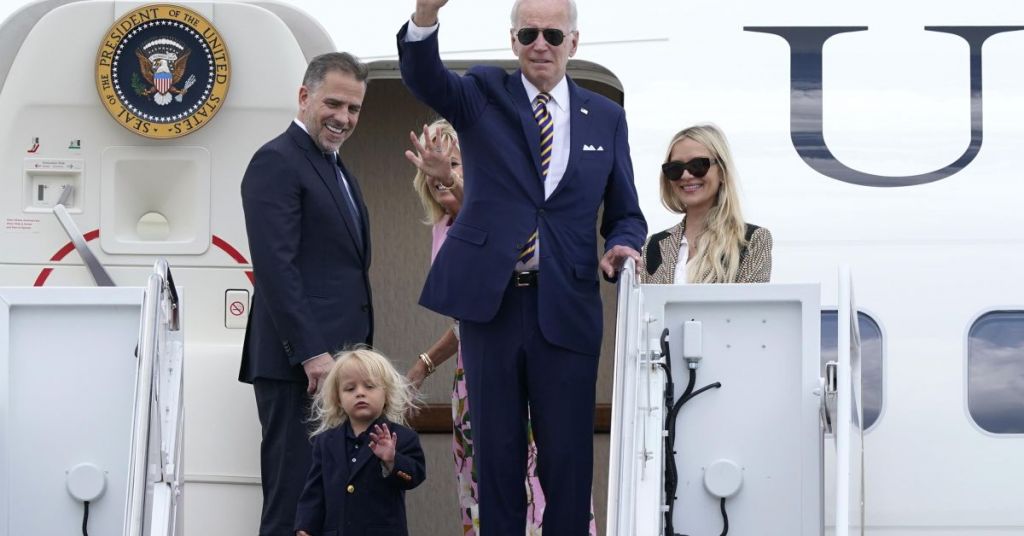 President Joe Biden and his family arrived in South Carolina on Wednesday for a week-long vacation on Kiawah Island hours after his grandson Beau stole the show upon departure by imitating the president by wearing a matching blue mini-me suit and waving at the crowd.

Biden, attended by first lady Jill Biden, departed the White House by motorcade to Joint Base Andrews outside the capital where they were joined on Air Force One by his son, Hunter Biden, daughter-in-law Melissa Cohen and grandson Beau.

Baby Beau was decked out in a mini suit as he clung to his grandfather's hand and waved to a military greeter, as the president hailed on the Air Force One's stairs.

The family was then flown to Joint Base Charleston where they were dropped off at a private home in a gated community alongside a golf course on Kiawah Island.

The White House did not reply to requests to provide details on Biden's vacation schedule, activities or when he planned to return to Washington. The president will remain at a friend's home on the island that the family has used for previous visits, according to a White House official.

The trip arrives after the president tested negative for COVID this past weekend, finally being free of his isolation and reuniting with his wife after spending almost three weeks apart due to his infection.

Biden has been cleared to travel by his doctor yet is still suffering from a post-COVID cough.

The Bidens have visited the Kiawah several times before - including four times when he was vice president - yet this is his first visit since winning the White House.

While Biden is in South Carolina, the House is set to vote to approve a bill full of Biden's priorities, including the most substantial investment in history to fight climate change, some $369 billion over the decade. The measure would cap prescription drug costs at $2,000 out-of-pocket for Medicare recipients and assist an estimated 13 million Americans in paying for health care insurance by extending subsidies provided throughout the coronavirus pandemic.

The White House demurred on when Biden plans to sign the bill, stating it was focused on helping ensure the House approved the measure.

Biden's 2021 vacation plans were scrambled by Washington's legislative calendar, a COVID-19 case surge, and the chaotic departure of U.S. forces from Afghanistan.

The White House in the past has emphasized that the president is never truly free from the job's responsibilities - and that he'll proceed to consult with aides and take his daily national security briefing regardless of his location.