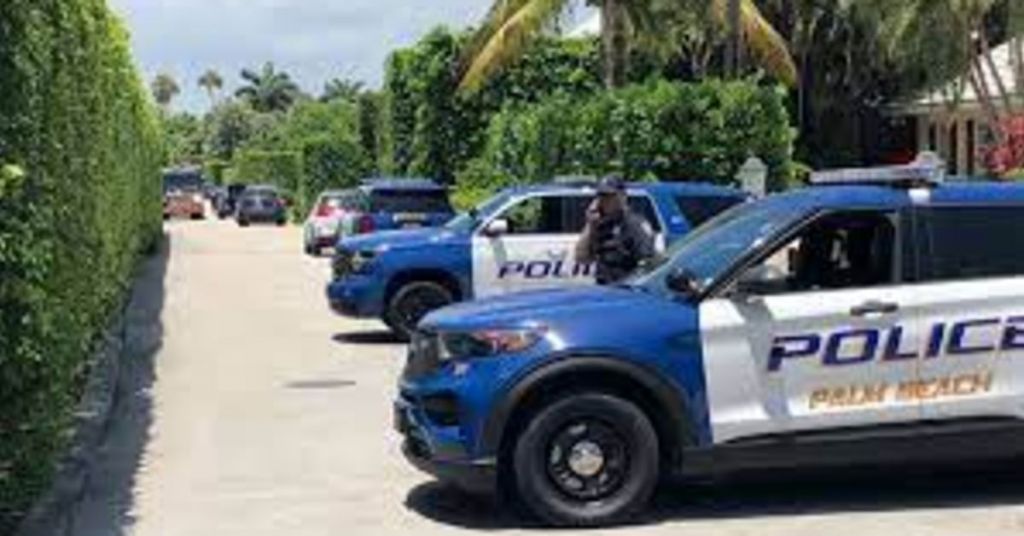 The Palm Beach police has notified surrounding departments in the county, requesting that all departments be on the lookout for armed motorists parking near Donald Trump's home in the coming hours.

Protesters often park in the parking lot of a Publix supermarket on Southern Boulevard in West Palm Beach and walk to the area of the property, where street parking is not permitted.

Dozens of angered Trump supporters began to go on Mar-a-Lago last night soon after he revealed the FBI had raided his house as part of an investigation into whether he took classified records from the White House to the Florida residence.

Trump, disclosing the search in a lengthy statement, claimed that agents had opened up a safe at his home and described their work as an "unannounced raid" that he called "prosecutorial misconduct."

He accused the FBI of a double standard, claiming the bureau "allowed" Hillary Clinton to "acid wash" 33,000 emails from her time as secretary of state.

Those in his camp said the raid was an obvious endeavor to block a potential 2024 presidential run.

Trump has not formally announced any campaign, but notion that he will run again is rife. His appearance at the Conservative Political Action Conference Texas this weekend in Dallas was compounded by his appearance.

Last night, his supporters held pro-Trump signs, including ones for a presumptive 2024 campaign and even one for Trump's previous campaign, with former Vice President Mike Pence's name crossed out. One was publicly identifying as a member of the far-right Proud Boys.

The uncontrolled crowd arrived in a series of cars, donning Trump-themed clothing while waving Trump flags, amid a large police power.

The raid on Trump's home intensifies the months-long probe into how classified documents ended up in more than a dozen boxes located at Mar-a-Lago earlier this year.

It occurs amid a different grand jury investigation into efforts to overturn the results of the 2020 presidential election and adds to the potential legal jeopardy for Trump as he lays the groundwork for another run.

Trump and his allies attempted to label the search as a weaponization of the criminal justice system and a Democratic-driven effort to keep him from winning another term in 2024 - even though the Biden White House said it had no previous knowledge of it, and the current FBI director, Christopher Wray, was appointed by Trump five years ago and served as a high-ranking official in a Republican-led Justice Department.