Must See: 'Inflation Reduction' Is A Democrat Code Word For Tax Hikes To Fight Climate Change - They Admit It Too 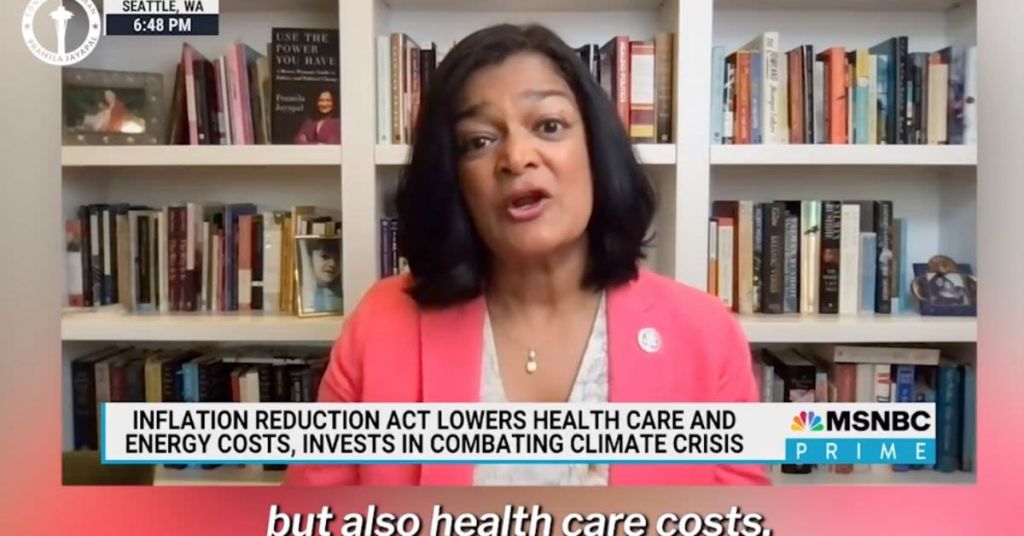 On Tuesday’s broadcast of CNBC’s “Squawk Box,” White House National Economic Council Director Brian Deese fielded a question on the Mountain Valley pipeline as part of the deal by claiming “we need a secure energy strategy” “that will meet our climate goals,” and that “The most important takeaway” from the Inflation Reduction Act is that it puts us in a position “where we can credibly commit that we will meet our climate goals by the end of this decade while increasing our energy security here at home.”

Co-host Kayla Tausche asked, “There are also some wins for the fossil fuel industry. Specifically, the administration has said it will work to get the Mountain Valley pipeline online as soon as possible as part of this deal. And it makes you wonder, Brian, if the Keystone XL pipeline is running through West Virginia, do you think it would be operational?”

Deese replied, “Look, again, I think you need to look at this bill in its entirety because we need a secure energy strategy in the United States that will actually meet our climate goals, and that’s what this bill will do. The most important takeaway from this bill is it will put us in the position the United States in a position where we can credibly commit that we will meet our climate goals by the end of this decade while increasing our energy security here at home.

That’s a monumental step. We have to implement it effectively. But if we can pass this bill, we’ll be in a position where the United States can do that. And to be clear, it’s not just about what we can do here at home. It means that we will own these technologies, these clean energy technologies of the future, and we will become the destination to export those technologies to other countries. That means more jobs, more resilience, and industrial strength here.”

Democratic lawmakers celebrated Sunday as the Senate narrowly passed sweeping economic and climate change legislation following a 51-50 party-line vote. The bill, called the Inflation Reduction Act, now heads to the House, where it’s expected to pass, and then likely on to President Joe Biden’s desk for signing.

Although the bill has “inflation reduction” right there in the title, its policies are unlikely to put a lid on rising prices in the near future, says Bill Adams, chief economist for Comerica Bank. “Over the short run, fluctuations in energy, food, and housing prices will set what happens to inflation this year,” he says.