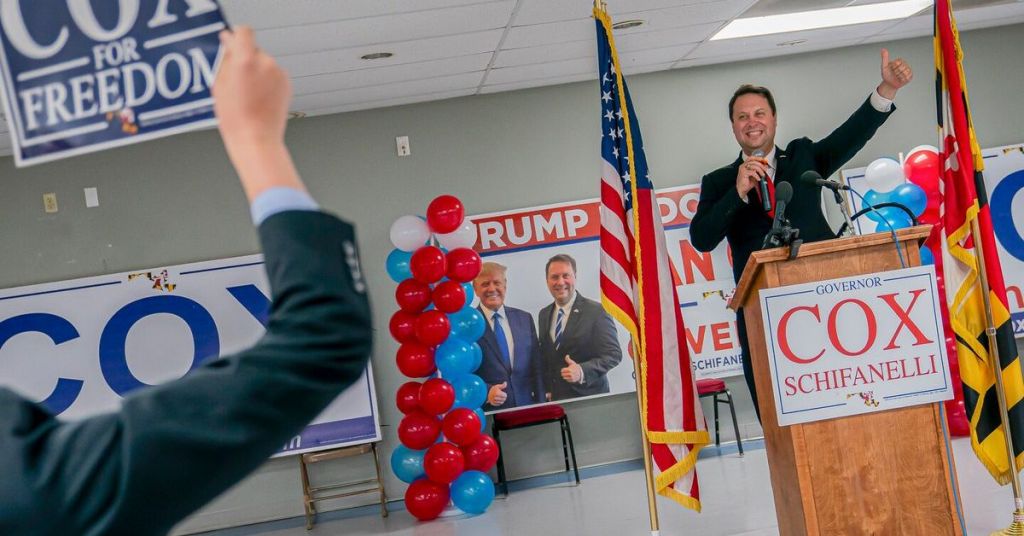 Del. Dan Cox, the Republican nominee in the Maryland governor’s race, pledged to use state police and different law enforcement agencies to oppose the “tyrannical” Biden administration if he’s elected in November.

“As governor, I will use the 9th and 10th Amendments, the Maryland Constitution and Declaration of Rights, the MSP and Maryland Guard to stand against all rogue actions of this out-of-control tyrannical Biden administration with fierce tenacity,” Cox announced in a fundraising email. “Our children, families, and loved ones and the freedom we cherish and is our birthright as Americans demand we oppose these criminal acts of this current administration.”

Cox won the GOP gubernatorial nomination in July after being endorsed by Trump, resulting in a GOP proxy war in the state after Gov. Larry Hogan (R) supported his challenger, Kelly Schulz. Even after Schulz’s loss, Hogan has refused to support Cox and announced he wouldn’t vote for him in the general election.

If elected, Cox would starkly contrast to Hogan — as evidenced by the incumbent’s response to the Mar-a-Lago raid.

“Even before yesterday’s events at Mar-a-Lago, America was already dangerously divided,” Hogan announced in a statement. “These circumstances require unprecedented transparency and accountability from our government institutions. The American people deserve to know all the facts as soon as possible, and I call on the Biden administration to release — at a minimum — the documents authorizing the FBI search.”

Hogan is rumored to be weighing a 2024 presidential bid, and the Maryland governor has attempted to win over Republicans who are ready to move past Trump.

Federal agents took roughly 10 more boxes out of Mar-a-Lago on Monday, according to the Wall Street Journal, which announced this marked an escalation of the investigation into how classified documents ended up at the resort after Trump left office. Trump is further being scrutinized as part of the Justice Department's investigation into Jan. 6.

The Justice Department and FBI have refused to comment on the raid, and the White House insists Biden had no foreknowledge of it. Trump decried the raid as "dark times for our nation" in a post to his Truth Social platform that declared the raid occurred.