'Executive Privilege': Will Attorney General Be Forced To Answer To Senate About Trump Raid? 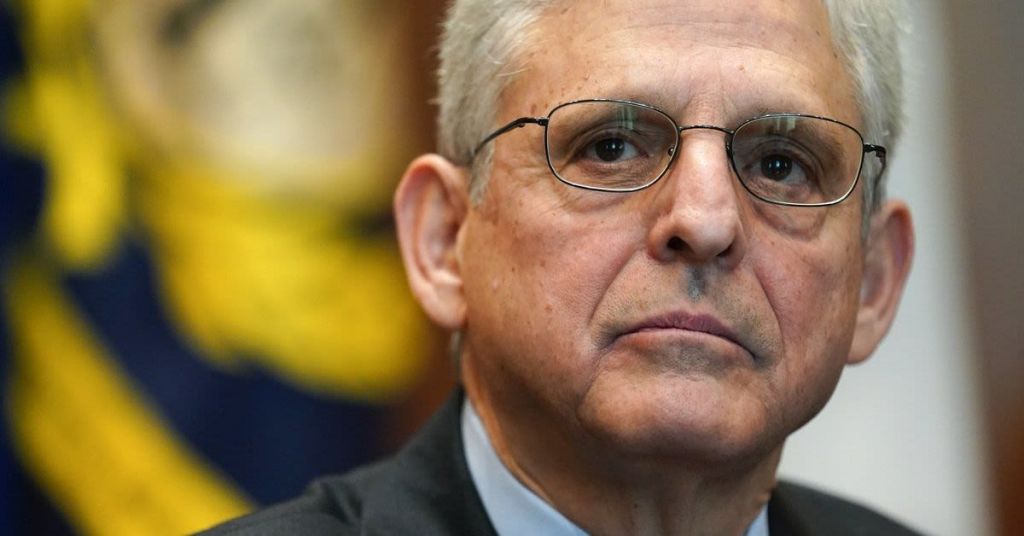 After the spectacle of the January 6 commission, which saw attempts by Congress to subvert Presidential Executive Privilege, it is growing increasingly clear that Attorney General Merrick Garland will invoke it when the Senate grills him on the reasons for the widely publicized and overly manned raid at Trump's home in Florida.

Representative Jim Jordan (R-OH) does not want to wait for the possibility of a Republican-controlled House to probe Attorney General Merrick Garland’s approval of the FBI raid of former President Donald Trump’s Mar-a-Lago estate Monday. Doing so will force Garland not to answer the question, invoking his privilege, which will be ironic since the Democrats have claimed that the E.P. does not apply in certain circumstances - and will most likely back Garland, branding them the hypocrites that they are.

Jordan, who is supposed to be the chairman of the House Judiciary Committee if Republicans take back the House, explained to Fox News’s Laura Ingraham that he appreciates House Minority Leader Kevin McCarthy (R-CA) calling for an investigation into Garland’s decision, yet announced that “we deserve answers now.”

“This Friday, we’re going back to vote on this stupid bill that the Democrats passed out of the Senate [Sunday], so we will be there all day Friday,” Jordan stated, referring to the healthcare, tax, and climate spending bill called the Inflation Reduction Act.

Jordan announced he wants Garland and FBI Director Christopher Wray to come to the House Judiciary Committee this Friday and react to questions regarding the Mar-a-Lago raid.

Ingraham noted that Republicans’ calls for government accountability had left many feeling disappointed. Jordan vowed that would change, beginning with demanding immediate answers after the Mar-a-Lago raid.

“What was on the warrant? What were you doing?” Jordan questioned. “What were you looking for? Why not talk to President Trump and have him give the information you’re after?” Jordan went on to blast governmental overreach.

“This is unbelievable, and understand the history here,” Jordan announced. “One year ago, Merrick Garland used the Patriot Act against parents. One day ago, it was 87,000 agents in a bill the Democrats passed to go harass Americans from the IRS. And today, we have the raid of a former president’s home in America?”

“So, heck yeah!” the congressman stated. “We deserve answers now. And this Friday would be a good time.”

On Monday night, McCarthy pledged that if Republicans took back the majority in the House, they would swiftly launch an investigation.

“I’ve seen enough. The Department of Justice has reached an intolerable state of weaponized politicization,” McCarthy said in a tweeted note. “When Republicans take back the House, we will conduct immediate oversight of this department, follow the facts, and leave no stone unturned. Attorney General Garland, preserve your documents and clear your calendar.”

Meanwhile, Trump-allied conservatives were quick to denounce the Mar-a-Lago raid, which began around 10 AM on Monday, with top Republicans voicing backing for the former president and calling for hearings.